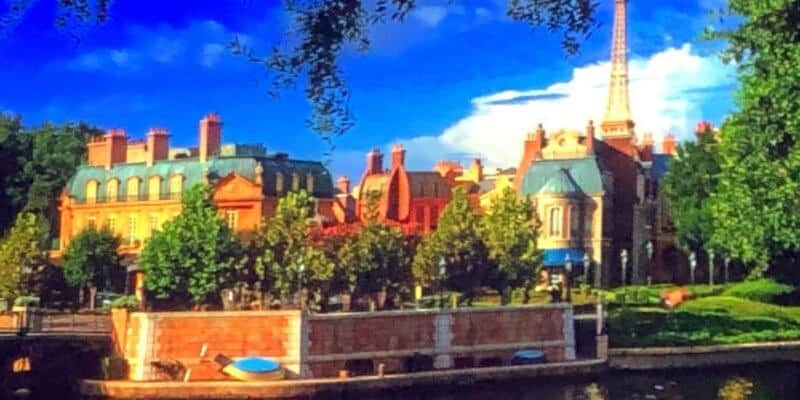 The re-imagining of the France Pavilion on the World Showcase at Epcot continues, and at today’s D23 Expo, we learned all about what those changes will include.

We have expected changes inside the French pavilion since the last D23 Expo two years ago, and we have been able to watch the changes take place as construction for the new Ratatouille attraction began.

But today we learned about a few more exciting experiences that are coming to the French portion of the World Showcase. First, construction on the Ratatouille attraction is right on schedule and the ride is set to be open and operational in Summer 2020 (not too far away now!). Remy’s Ratatouille Adventure is said to be an exact replica of its sister ride at Disneyland Paris.

There will also be a new restaurant in the pavilion called La Creperie de Paris.

Joining the classic “Impressions de France” film presentation will be a brand-new “Beauty and the Beast”-themed sing-along experience. Guests can enjoy the new experience beginning in January of 2020.

The re-imagining of the France pavilion on the World Showcase is just part of the extensive re-imagining taking place at Epcot over the next few years. Today we also learned that a brand-new Mary Poppins-themed attraction is coming to the United Kingdom pavilion on the Showcase and that it will include the Banks’ home on Cherry Tree Lane, “steppin’ time,” and a lot of music from the classic film.

We learned on Thursday evening before the D23 Expo officially opened that a new attraction called “The Journey of Water” inspired by the story of “Moana” will be added to the park.

We also found out on Thursday evening that Epcot will have a new logo. It’s not a huge difference, but it’s still evidence of changes being made as part of a major magical overhaul at the park.

Posters by artist Eric Tan and his wife were also on display on Thursday evening’s pre-Expo exhibits. These posters depict Epcot attractions from long ago that are no longer in the park, such as Kitchen Kaberet and the Maelstrom. Others depict attractions currently open at Epcot, and some depict future attractions, such as “The Journey of Water.”

With everything new at Epcot coming soon, we understand you most likely now have the urge to visit Walt Disney World so you and your family can experience everything new to the parks! That’s why our dear friends at Academy Travel and Mickey Vacations have partnered with Inside the Magic so that we can offer the sweepstakes of a lifetime! You can enter to win an amazing weeklong trip to Walt Disney World for a family of 4.