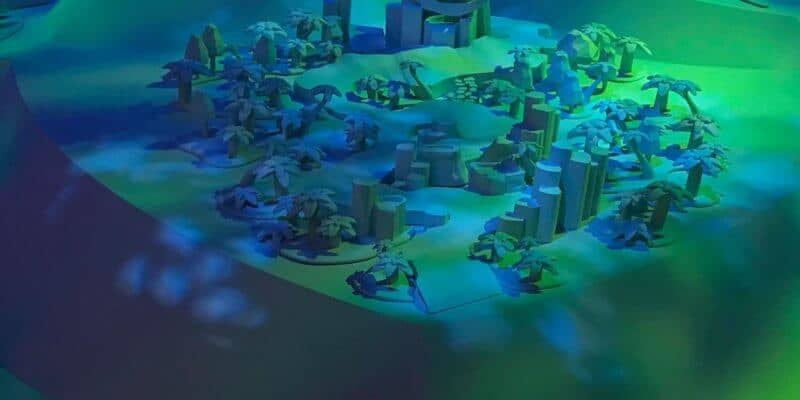 Disney’s convention D23 is not even officially underway yet, but already some bombshells are being dropped. Bob Chapek announced at the media preview that there was going to be the first-ever attraction based on the hit film “Moana”. This exciting new attraction will be going into Epcot. Yes, going into Epcot. Now details on this new attraction is rather slim at the moment, but Chapek promised “dozens” of reveals for Epcot on Sunday during the Sneak Peek! Disney Parks, Experiences and Products panel. The Moana attraction is called “Journey of Water” and was part of the Epcot model revealed this evening. Disney also unveiled some concept art to go along with the model. Take a look below. 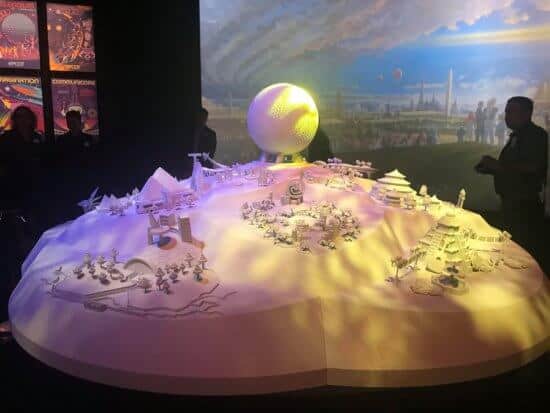 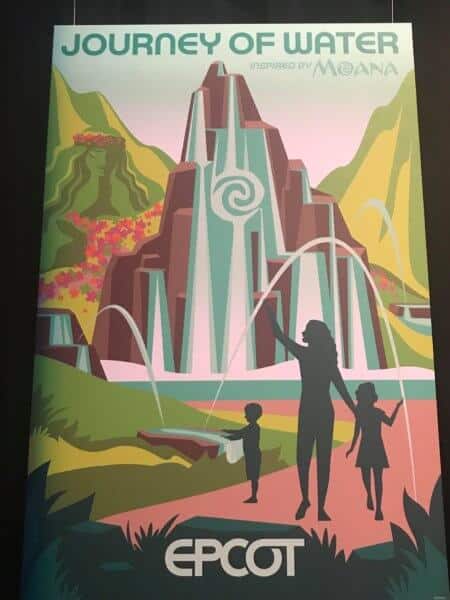 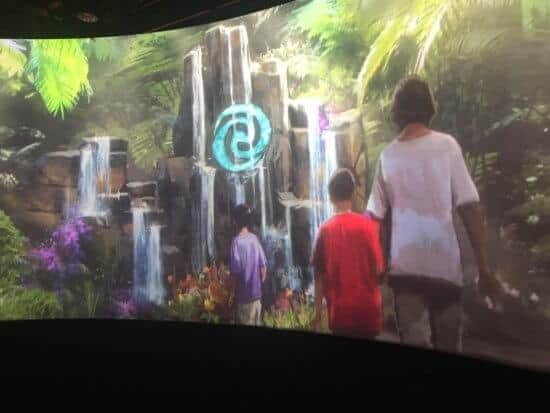 The only details about what this attraction will be came from Jodi McLaughlin who’s is the Executive Producer of Walt Disney Imagineering. She described the experience as “Guest can actually interact and play with magic living water.”  Sounds interesting and I really hope we get more details about this attraction on Sunday.

Stay tuned for all D23 news right here on Inside The Magic. They didn’t really say anything else about it. We just know it’s the first-ever Moana themed attraction. It is somehow attached to World Showcase.  This, however, is an assumption because the poster is grouped in with other World Showcase posters. This is just scratching the surface of all D23 news, and we will have all the news right here for you on Inside The Magic.

How excited are you about the new Moana attraction, Journey of Water, that is coming to Epcot in Walt Disney World?