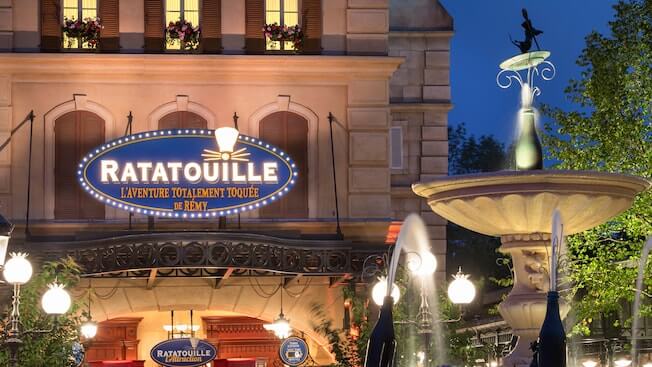 Remy’s Ratatouille Adventure has been under construction at Walt Disney World’s Epcot for some time, as the attraction was first announced back in 2017 at D23 Expo 2017. Now, it seems the attraction’s facade is finally coming along.

The new images shared on Twitter by user @Bioreconstruct, show the current condition of the exterior of the ride’s building, which is still well into its construction phase. Pictured below, this all-new building will house the experience upon its completion.

From the looks of these new images, it’s obvious that a lot of work is still left to be done on this new attraction. We don’t have a look at the interior of the ride, but judging from its exterior, it’s clear there is much work to be done as none of the external facades of the building are complete.

During its initial announcement at D23, it was revealed that this new attraction would expand the France Pavilion in Epcot’s World Showcase, with the addition coming to a new area just past the area’s Eiffel Tower. However, what wasn’t revealed was its name, which wasn’t disclosed untill the end of last year at D23’s Destination D: Celebrating Mickey Mouse.

Similar to Ratatouille: The Adventure in Disneyland Paris, this attraction will also be a 4D experience inspired by the 2007 Disney-Pixar film “Ratatouille.” During the ride, guests shrink down to the size of the film’s star, a sophisticated rat named Remy. Riders must scurry to safety through the sights, sounds, and smells of Gasteau’s busy Paris restaurant.

What are your thoughts on the current construction status of Remy’s Ratatouille Adventure coming to Epcot? Let us know in the comments below!

All images of the construction of the Guardians of the Galaxy attraction featured in this article are from Twitter user @Bioreconstruct.