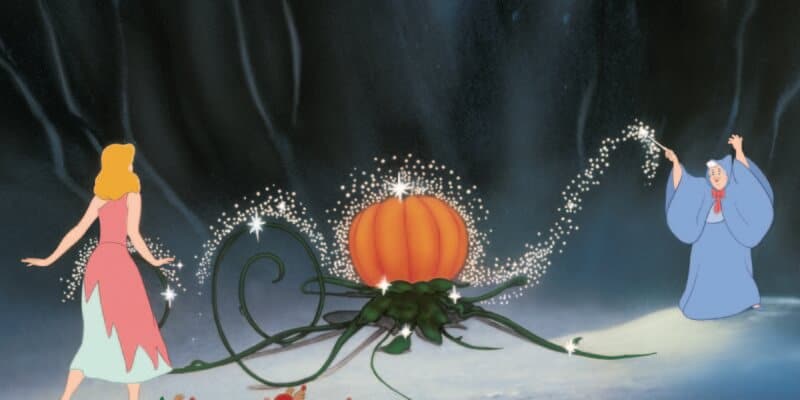 To celebrate the  70th anniversary of the timeless animated classic “Cinderella” Walt Disney Signature Collection will release an Anniversary Edition.  Coming to Digital and Movies Anywhere on June 18th and Blu-Ray and DVD on June 25. 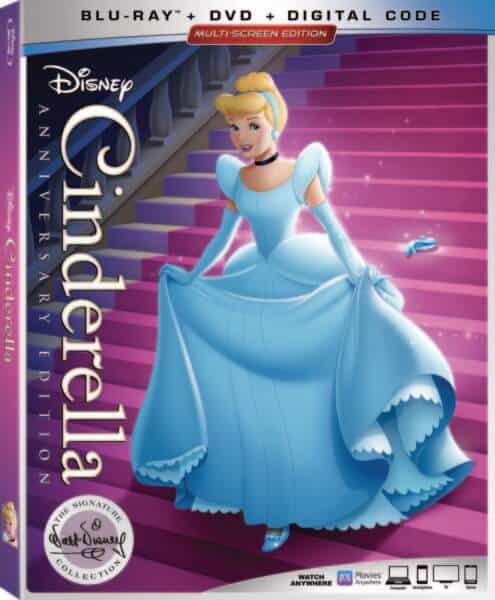 One of these bonus features is “The Real Fairy Godmother”  shown here which provides viewers a glimpse into the real-life inspiration for the Fairy Godmother.

The story of Cinderella, who is ordered around by her stepmother and stepsisters, is kind and a hard-worker. But they can’t stop her from dreaming, and Cinderella hopes that someday her wishes will come true. When an invitation to the royal ball arrives, Cinderella is excited and sure her time has come, until her stepsisters, with the help of Lady Tremaine, tear her gown to shreds that she created. All hope is lost until her Fairy Godmother appears, and with a wave of her magic wand and Bibbidi-Bobbidi-Boo, transforms an ordinary pumpkin into a sparkling coach and Cinderella’s rags into a gown fit for a princess. After the transformation, she is sent off to the Royal Ball but warned that her enchanted evening and the spell is broken at midnight. It will take the help of her daring animal friends and a perfect fit into the glass slipper which was left behind, to create the ultimate fairy tale ending.

THE ART OF CINDERELLA

“Cinderella” joins the Walt Disney Signature Collection and is the ninth title of groundbreaking films created by the imagination of Walt Disney which features timeless stories and characters. Other films in the collection include: “Snow White and the Seven Dwarfs,” “Beauty and the Beast,” “Pinocchio,” “Bambi,” “The Lion King,” “Lady and the Tramp,” “Peter Pan” and “The Little Mermaid.”

Will you be getting the Anniversary Edition of “Cinderella either on Digital or Blu-Ray / DVD?” Let us know in the comments below.