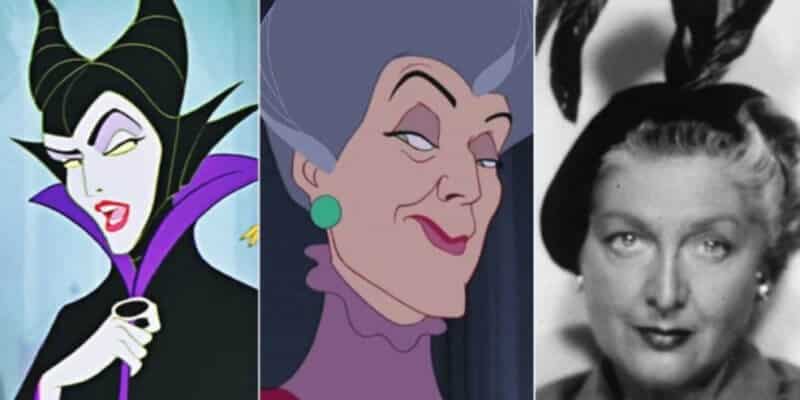 Do you have a favorite Disney character? You know–the one you’ve loved since you first began a Disney fan, the one whose movie you watch any time you can? It’s that character that you feel you’d be, were you to wake up tomorrow morning as an animated figure.

You know every outfit (suit, costume, uniform) the character wears, and if you’re headed to a costume party, you might just be caught dressing up as that character. You know his or her voice, catchphrases, and favorite things. But do you know who was the inspiration for that character? Do you know whose features inspired the animations we know today as “Disney characters”?

Just who served as the inspiration for some of Disney’s most lovable or memorable characters (and some of the scariest)? Some are a bit obvious. Others might just surprise you.

Dr. Facilier was inspired by the King of Pop

It’s true. In Disney’s “The Princess and the Frog,” Dr. Facilier is the villain who seems to also have a background in choreography. If you pay close attention to his dance moves and mannerisms, you’ll see flashes of Michael Jackson’s choreography here and there.

Scat Cat was based on Satchmo himself

Scat Cat plays with the band of alley cats Disney’s “Aristocats.” The fluffy, trumpet-playing cat was created with inspiration drawn from Louis Armstrong. Hence the trumpet and the sound of his voice. Sadly, Satchmo’s failing health prevented him from bringing the role to fruition. Disney was so intent on Armstrong playing the role, that Scat Cat’s name was originally “Satchmo Cat.”

Belle is a reader inspired by a writer

Everyone who loves Belle from Disney’s “Beauty and the Beast” knows that the brunette princess has quite an affinity for books. The film opens with a scene in which Belle is headed to borrow yet another book. And Beast’s gift to her later in the film is a library full of about a billion books. (Ok, maybe not that many.) So it is interesting and even fitting that animators who drew the bookworm princess did so based on writer Sherri Stoner. Stoner served as the model for the animated Belle and as the live-action model for Ariel in “The Little Mermaid.”

Disney made Robin Williams come out of a lamp

Well, kind of. Genie from Disney’s “Aladdin” was inspired by the very actor who lent his voice to the blue wish-granter. Genie’s chin looks almost like a caricature of Robin Williams’s chin. Do you see the resemblance?

One look at the Mad Hatter, and you know who inspired him

Perhaps one of the most memorable characters from Disney’s “Alice in Wonderland” is the Mad Hatter. The Mad Hatter and the March Hare have a hilarious scene in which they enjoy the craziest tea party ever conceived. Both the Mad Hatter’s voice and his looks came from none other than comic and Disney veteran actor Ed Wynn.

What would the Beatles look like if they were vultures?

That’s exactly what was on the minds of animators working on Disney’s 1967 “The Jungle Book.” They drew the quartet of vultures to resemble John, Ringo, Paul, and George. But when decision time came, John Lennon declined the offer on behalf of the band. But the vultures had already been drawn to remind the audience of the Beatles.

Since the Beatles couldn’t take on the role, Disney sought out new voice actors who delivered “mock-Liverpudlian” accents. Even the song from the scene had originally been given a Beatles influence. That had to be re-imagined as well, the second time with a barbershop quartet sound to it.

It would take a very talented voice actress to bring Cinderella’s stepmother and Aurora’s nemesis to life. Animators were inspired by radio actress Eleanor Audley and drew both villains with many of Audley’s facial features. When she modeled for animators, she even wore her trademark horns. Audley also provided the voice for both. And if you’re a fan of the Haunted Mansion attraction at Walt Disney World and Disneyland, you’ve no doubt heard Audley’s voice as well. She is the vocal talent behind Madame Leota.

Scar was based on Jeremy Irons

As production was beginning for Disney’s 1994 “The Lion King,” the company had its proverbial eyes set on British actor Jeremy Irons. Mufasa’s brother and the villain from the story, Scar, was based on Irons, who also lent his voice to Simba’s evil uncle. The song “Be Prepared” still sends chills up our spines! Jeremy Irons was perfect for the role, as even his voice is terribly evil-sounding.

“Stylist to the Supers” Edna Mode has always been clear that she “never looks back, darling because it distracts from the now.” She’s also been clear about capes being out of the question when it comes to suit designs. But we weren’t clear on exactly who inspired the sassy stylist. Until now. Edna is based on award-winning costume designer during the Golden Age of Hollywood, Edith Head. Edna’s black hair and round glasses are a few of Head’s trademarks.

Cinderella, Anastasia Tremaine, and Sleeping Beauty were based on the same actress.

Cruella De Vil is based on Tallulah Bankhead

Cruella De Vil first appeared on the big screen in 1961 with the theatrical release of Disney’s “101 Dalmatians.” But because Disney’s head of animation, the legendary Marc Davis, created Cruella from scratch, his team of animators relied very heavily on the personality and mannerisms of American screen and stage actress, Tallulah Bankhead.

Did you favorite character make our list, and if not, who is your favorite Disney character and who do you think might have been the inspiration for him or her? Let us know in the comments below.