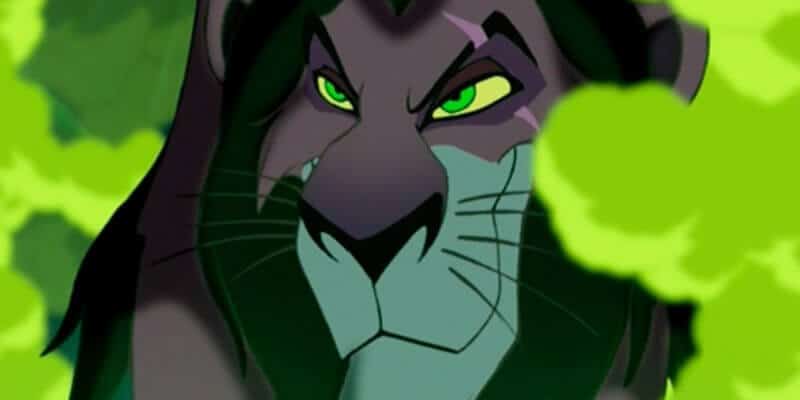 Scar is one of the most iconic, sinister Disney Villains of all time. And if you are a fan of the hit Disney film “The Lion King,” I’m sure this question has come across your mind a time or two.

How did Scar, in fact, get his scar?

Well, thanks to the Disney Junior series “The Lion Guard” we may finally have our answer! But let’s back track a bit first.

In my opinion, Scar is the most evil Disney Villain out there. He not only set an entire plan to murder his own brother just to take over Pride Rock as King, but he also placed the entire blame on his own nephew. (And then sent the hyenas out to murder him too.) But what made Scar so evil?

As “The Lion Guard” wrapped up, we soon find out that after Scar died in “The Lion King,” his spirit remained in a nearby volcano next to Pride Rock, where he returned to reveal his own backstory as well as some history of “The Lion Guard.”

When Scar was younger, though bit of a loner, he was actually in charge. He was part of the Guard and he often patrolled the kingdom by himself, which is what leads us to the story of “the scar.”

During his daily patrol, Scar came across another lion — a lion who had a scar of his own and who also had plans to overthrow Mufasa himself so he could take over the kingdom (ironic, isn’t it?). He soon began chatting with Scar, telling him stories of how they could control and take over the Pride Lands together. But Scar didn’t buy this plan, so the other lion had to trick Scar into working together. There was a snake hiding under a nearby rock, so the lion led him over to it. The snake then jumped out at Scar, biting him on his eye, laving a scar.

The other lion informed Scar that the snake’s bite was venomous and he could drain the venom from Scar’s eye, but only if Scar agreed to help him take down Mufasa and take over the Pride Lands.

Scar didn’t fall for this and he ended up killing the other lion as well as the snake. But, this was just the story of how Scar got his scar. How did the name stick? Well, that was Mufasa’s doing who started calling him Scar after seeing the bite on his eye.

Watch the story unfold in the video from Disney Junior below:

Scar returned to Pride Rock to let the other lions know he had taken the lion out and he thought he would be praised for what he did, but to Scar’s surprise, the complete opposite happened. Mufasa laughed at him, gave him his new nickname, and decided to move onto “more important matters.” The rejection and dismissal of his own brother is what caused Scar to become so evil and murder his own brother.

So what do you think of Scar’s backstory? Let us know in the comments.