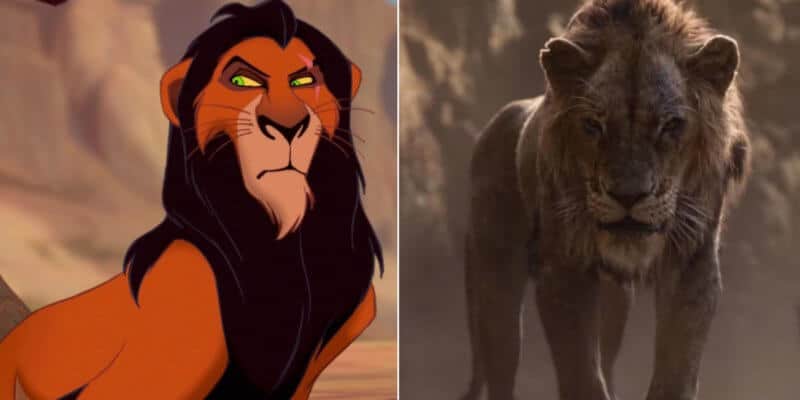 The all-new trailer for “The Lion King” made its debut yesterday, and we could not be more excited for the premiere this summer. But not everyone was saying “hakuna matata” when they saw the new scenes from the film, and many Disney fans aren’t too happy about the new CGI look for one character in particular: Scar.

Scar is one of the most recognizable characters from the original “The Lion King” animated film from the ’90s, so you bet Disney fans were eager to see how the villainous and misunderstood lion would translate on screen for the 2019 remake. And much like with other Disney sequels and remakes, several Disney fans were pretty disappointed with the new looks given to certain characters, specifically Scar, Mufasa’s brother and Simba’s uncle, who plays a big role in “The Lion King.”

But before you read the fans’ reactions, take a look at the official trailer if you haven’t seen it already:

In the new trailer, we get a pretty clear look at many of the characters in the upcoming film, including Simba, Nala, Mufasa, Timon, Pumbaa, the hyenas, and Scar himself. The new trailer truly doesn’t leave anything to be desired, and from the score to the imagery to the characters’ voices, fans can get a pretty clear idea of what they’ll be getting themselves into once they watch the movie in theaters this summer. But even though many of us were so blown away by both the new CGI and the sentimental feelings that the trailer provides, others took to social media to express their distaste for Scar’s new look. Here’s what they had to say.

They did my good sis Scar dirty. #TheLionKing pic.twitter.com/7M7FKBJ77o

I'm all for the lion king remake, (mostly because of Donald Glover), but these two pictures highlight how having live action cartoon characters restricts the portrayal of emotion, I mean just look at the picture of scar in the original photo compared to the new one #TheLionKing pic.twitter.com/aFpREnNzY3

Some fans, however, had a pretty good point about Scar’s new look. While Scar is considered by many Disney buffs to be one of the best villains out there, and his look is rather iconic, some Disney fans pointed out that Scar’s image in the new “The Lion King” remake is a reflection of his status in the film and in his family.

Where I think people are getting confused at is they wanted Scar to be identical to the animated one.Although I prefer the neon green eyes,Scar is suppose to look like an outcast. @Jon_Favreau did an amazing job with that & the chip of his ear and other minor details.#TheLionKing pic.twitter.com/2B78kFJW63

|| Scar looking like the mangy lion he is supposed to be. Can't rise to the top as a lion. So leads a pack of hyenas.

While Mufasa is portrayed as majestic as ever like a true king, Scar has clearly seen better days, and he even speaks of his status in the film’s new trailer. “Life’s not fair is it, my little friend?” Scar says, “While some are born to feast, others spend their lives in the dark, begging for scraps.” It may even be said that Scar’s new look in the upcoming remake is a rather poignant commentary on class status and privilege, so we’re excited to see if Disney takes this deeper in the film.

What do you think of Scar’s new look in the upcoming “The Lion King” remake? Let us know your thoughts in the comments!