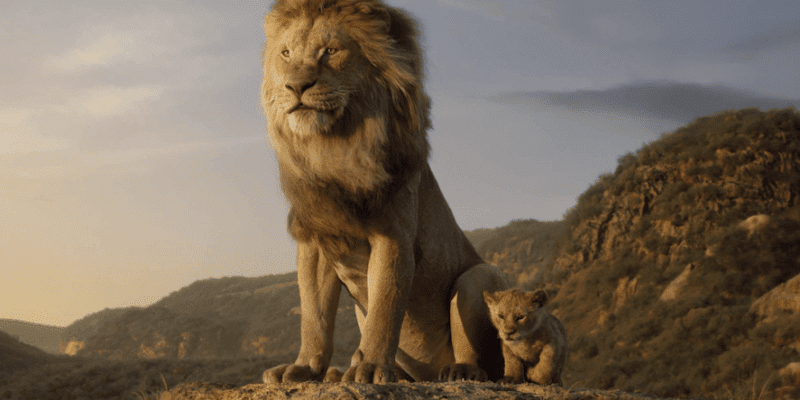 Disney’s “The Lion King” is approaching its premiere as the film is set to debut in only 100 days, opening officially on July 19. And as this date draws closer, Disney has released an official trailer for the film, which gives us our first look at Timon & Pumbaa and a closer look at the story of the upcoming movie.

Directed by Jon Favreau (the creative genius behind “The Mandalorian” on Disney+ and Disney’s “The Jungle Book”), this is the first in-depth look fans have gotten of the new film. It gives a lengthy description of the film’s synopsis, a look at these animals in “the wild,” and our first look at two of the classic film’s most iconic characters, known for a problem-free philosophy, Timon & Pumbaa.

As we all know, this new film has a pretty impressive list of A-list castmembers (Donald Glover as Simba, Beyoncé Knowles-Carter as Nala, James Earl Jones as Mufasa, Chiwetel Ejiofor as Scar, Seth Rogen as Pumbaa and Billy Eichner as Timon), who were chosen to bring the beloved film’s famous characters to life. However, for those curious to see how these digitally animated characters will talk, you’ll have to skip to the end of the trailer where Timon & Pumbaa can be seen singing “The Lion Sleeps Tonight.” This is also where fans can catch their first glimpse at the memorable duo in their new CGI look!

When the news first broke that Disney was releasing a live-action CGI remake of the original animated film, many questioned how the company would bring the film’s wild animals to life. After seeing this new in-depth trailer, it’s safe to say that the film’s animals look quite life-like. According to a release by Disney, director Jon Favreau wanted to stay true to the classic story by utilizing pioneering filmmaking techniques which brought the iconic characters to the big screen.

Here is a look at the official synopsis of the film:

What are your thoughts of the CGI versions of Timon & Pumbaa? Let us know in the comments below!