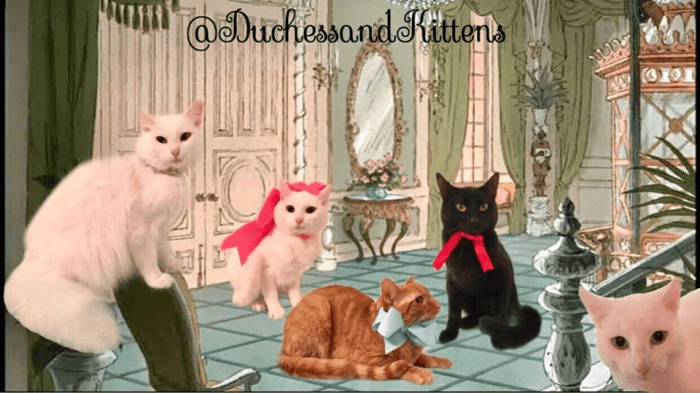 With all these live-action Disney remakes coming out in the next few years, we’ve been wondering what other reimagined stories Disney is going to announce next. We don’t think we’ll be seeing a live-action version of The Aristocats anytime soon, but not to worry, Disney fans. An adorable cat named Duchess just had some of the cutest kittens ever, and they’re all named after characters from the classic Disney movie. 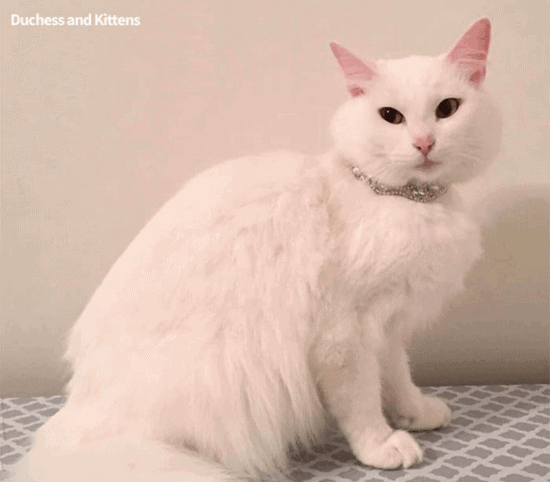 We absolutely love when Disney fans like us find creative ways to incorporate their love for the films and theme parks into their everyday lives. So when we came across these photos of an adorable family of real-life Aristocats on the site Cats on Catnip, we knew we had to share.

Texas local Shelby Sewell-Lopez adopted a beautiful white cat named Duchess back in 2018, and although Sewell-Lopez and her family assumed the cat had been spayed, it turned out that wasn’t the case. Recently (much to her owners’ surprise) Duchess gave birth to four precious kittens.

The first three, Sewell-Lopez noted in an interview, had an uncanny resemblance to the three kittens from The Aristocats: Marie, Toulouse, and Berlioz. The fourth “bonus” kitten, although not an official Aristocat, was named Blue, and he is just as cute as his siblings.

Sewell-Lopez shared that while Duchess had a rough start in life and suffered from numerous health complications, she has grown to be a healthy and affectionate mother, and she can always be seen not too far from her kittens, much like Duchess in Disney’s 1970 animated classic. Today, Duchess and all of her kittens are thriving at their home in Texas, and while they don’t live in France like their animated inspirations, they are still as adorable as their namesakes.

Take a look at some of these adorable pictures of the real-life Aristocats below:

Want to know more about this classic Disney movie about some adorable kittens and aristocratic cats? Read the official description below:

When a retired opera singer leaves her inheritance to her cat, Duchess (Eva Gabor), and three kittens, the woman’s butler drugs the cats and abandons them in the countryside in order to inherit the fortune himself. Lost in unfamiliar territory, Duchess and the kittens meet Thomas O’Malley (Phil Harris), an alley cat willing to help them return to their home in Paris. They meet several kooky characters along the way, including two English geese and an alley cat jazz band.

Which classic animated Disney film would you want to see recreated in real life? Let us know in the comments!

Comments Off on Real-Life ‘Aristocats’: Kittens Named After Disney Characters