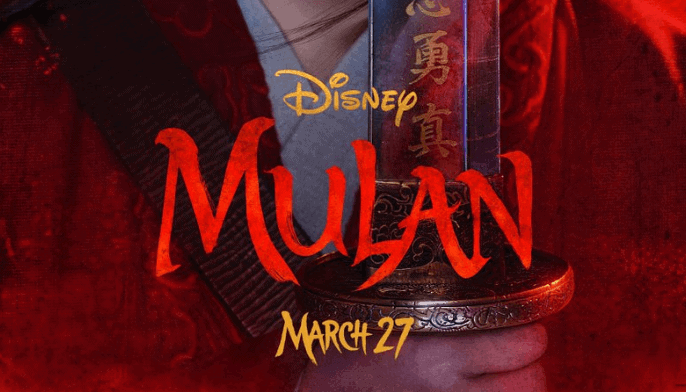 The internet has been buzzing with Disney movie news lately, and for those of us who couldn’t me more excited about all of the reimagined Disney films hitting the big screen, you won’t want to miss this. Disney just released the first teaser trailer for the upcoming remake of “Mulan,” and we’ve been watching it on repeat since we saw it this morning.

The film, which is set to premiere on March 27, 2020, follows the character of Mulan who we know and love from the original animated classic, but with a seemingly even more empowered and culturally accurate presentation about her. In the first teaser trailer, we see Mulan interact with her father, mother, and sister as she is told of the matchmaker who has found her “an auspicious match.” Even though Mulan is disappointed with the news, the trailer continues to show the audience that she is so much more than a typical young woman who is ready for an arranged marriage. She has this foreshadowing look in her eyes when she says she will “bring honor to us all,” signaling to the audience that Mulan knows she is meant for so much more greatness than is expected of her. After watching the trailer, you may feel just as powerful and honorable as Mulan clearly feels when she becomes a soldier, and we’re excited to see her in action once this new, reimagined version of “Mulan” hits the big screen.

Take a look at the trailer below:

You can read the official synopsis below:

“Mulan” is the epic adventure of a fearless young woman who masquerades as a man in order to fight Northern Invaders attacking China. The eldest daughter of an honored warrior, Hua Mulan is spirited, determined and quick on her feet. When the Emperor issues a decree that one man per family must serve in the Imperial Army, she steps in to take the place of her ailing father as Hua Jun, becoming one of China’s greatest warriors ever.

“Mulan” hits theaters on March 27, 2020, so we’ll be patiently waiting for the day when we can see one of our favorite Disney characters in her own live-action film. We hope the movie is more historically accurate to the legend it was inspired by, and by the looks of Mulan’s expressions and the dialogue and visuals from the trailer, it will be an empowering, stunning film about a role model that so many kids can look up to.

What do you think of the all-new trailer for “Mulan”? Let us know in the comments!