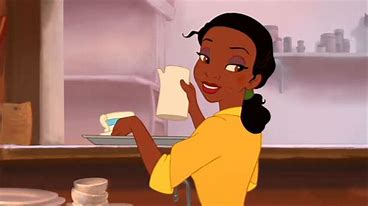 It’s possible that Disney is continuing its current trend of reviving the classics of old by taking the first steps toward bringing Tiana, Prince Naveen, Mama Odie, and the evil Dr. Facilier back to the big screen.

In the past couple of years, Disney has been set on bringing to life some of its most loved characters like Simba and Mufasa from Disney’s “The Lion King,” Aladdin and Jasmine from Disney’s 1992 “Aladdin,” and soon, Lady and her lovable Tramp in the reboot of “Lady and the Tramp,” set to debut via the all-new Disney+ streaming service on November 12.

There is talk among the Disney fan community, as well as others closer to the possible action, that Tiana and her Prince could soon get their own reboot as well. The same is being said for Disney’s “Robin Hood,” “Treasure Planet,” “Sword in the Stone” and other Disney classics. So is Disney in the process of creating a 2.0 version for ALL of its feature films? Time will tell.

But for now, it’s fun to think about who the entertainment giant might want to cast for the roles of Tiana, Prince Naveen, and the rest of the characters–in their non-amphibian forms, of course. (We’ll let the CGI experts worry about the frogs–pretty sure Disney’s not into training frogs to act, but then again, we won’t be totally and completely surprised by anything at this point.

Will Disney cast Anika Noni Rose, the actress who lent her voice to Tiana in the 2009 animated feature? Or will they choose someone entirely unrelated to the film so far? And who do you think they might cast for the role of Prince Naveen? (Perhaps Harry Styles would be up for this role, since he didn’t jump at the chance to play Prince Eric in the live-action reboot of “The Little Mermaid.”)

The one request we might make is that Disney include Ray, the firefly if they do remake “The Princess and the Frog.” (We’re hoping the House of Mouse won’t pull a Mushu-Mulan scenario on us when it comes to the lovable Cajun firefly.)

What do you think of a “Princess and the Frog” live-action remake, and who do you think should play the role of Tiana if Disney moves forward with the idea?