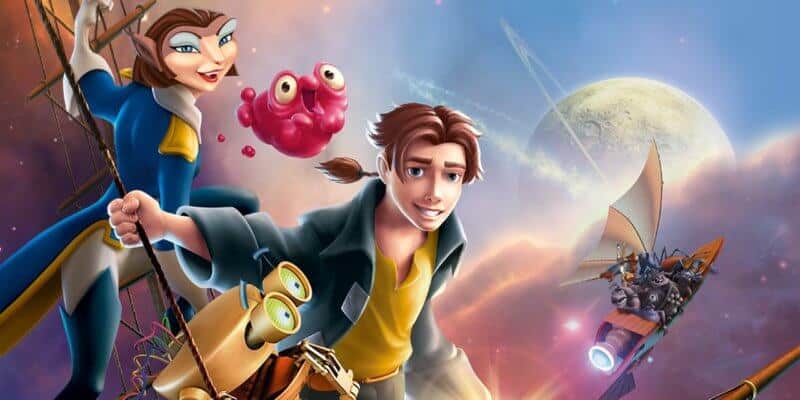 As Disney continues to see great success by reimagining some of its classic and beloved movies through live-action remakes, it seems another has been added to the list: “Treasure Planet.”

Recently, Disney has seen great success with its remakes of some of its early animated films of “Aladdin,” “Dumbo,” and the upcoming remake of “The Lion King.” So the possibility of the company wanting to revisit this animated science fiction adventure film following the young Jim Hawkins isn’t that crazy of an idea.

The film is said to be in very early stages of development, but it is said to be on their list of films that they’re hoping to remake in the near future.

The original film was released in theaters in 2002 with decent success at the box-office. The movie raked in $109 million in its original release. However, the film’s budget was upwards of $140 million, making the film somewhat of a flop. Although, with audiences now yearning to see some of their favorite films and stories from their childhoods reimagined on screen, the decision to make the film wouldn’t be completely illogical from a business standpoint.

Just recently, it was revealed that the company also has plans of live-action remakes of “Pocahontas,” “Hercules,” and “Atlantis: The Lost Empire.” The next animated live-action remake that Disney is planning to release is “Mulan,” which will be hitting theaters March 27, 2020.

For those not familiar, “Treasure Planet” is loosely based on the classic novel “Treasure Island” and follows the rebellious teen Jim Hawkins, who’s known by most as an aimless slacker. However, after he receives a map from a dying pirate, he embarks on an adventure across the universe to find the legendary Treasure Planet.

What are your thoughts on a live-action “Treasure Planet” remake by Disney? Let us know in the comments below!