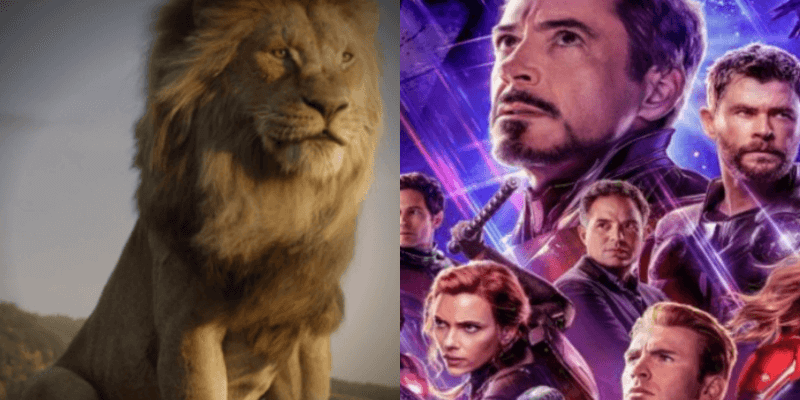 Heads up, Disney film fans. What’s predicted to be the highest-grossing Marvel film may not rank as high for Disney films overall. While “Avengers: Endgame” is all but guaranteed to make it big at the box office after it hits theaters this week, there’s another movie that may be Disney’s biggest of 2019: “The Lion King.”

Screenrant reports that Disney’s upcoming remake of “The Lion King” will most likely surpass “Avengers: Endgame” and even “Star Wars: The Rise of Skywalker” in the box office to become Disney’s biggest film of the year. While “Endgame” is predicted to break box office records this weekend, we can’t underestimate Disney’s power of storytelling when it comes to remakes of fan-favorite films. “The Lion King” may give “Endgame” a run for its money.

As Screenrant points out, it’s not like “Endgame” has much to compete with at the box office at the moment. So it’s not surprising that longtime fans of the MCU and moviegoers wanting something fun to watch on the weekend will be hitting their local theater to watch the film within the first few weeks of its premiere. But once this summer arrives and “The Lion King” premieres, there’s may be a lot more competition for Disney in the box office…or will there be?

Sure, nobody expects “The Lion King” to be a total flop, or even to flop at all. The film has decades of hype thanks to the first movie that premiered back in 1994. When compared to “Avengers: Endgame,” which is primarily geared toward fans of the MCU and those who love a good super hero film, “The Lion King” is more for Disney fans of all ages. And while the new film does differentiate itself from the original animated version, we’re sure it will garner positive reactions across multiple generations (or, at the very least, a crowd that loves nostalgia). So because “The Lion King” has such an established fanbase, is it wrong to predict that it will surpass “Avengers: Endgame” at the box office?

But if you’re just as much of a Disney movie nerd as we are, you know that there are almost too many new movies hitting theaters this year for us to predict one to come out on top. “Avengers: Endgame” may be the biggest film in the first half of the year, and of course “The Lion King” will wow everyone when it hits theaters this summer. But what about all of the loyal “Toy Story” fans who are the most excited to see “Toy Story 4” in theaters in just a few months? And with both “Star Wars: The Rise of Skywalker” and “Frozen 2” hitting theaters at the end of the year, we think it’s almost too soon to tell which of these epic new films will be Disney’s biggest for 2019. So many films in Disney’s 2019 lineup already have dedicated fans who are only adding to the hype these upcoming films already have.

What do you think will be Disney’s biggest film of 2019? Let us know your predictions!