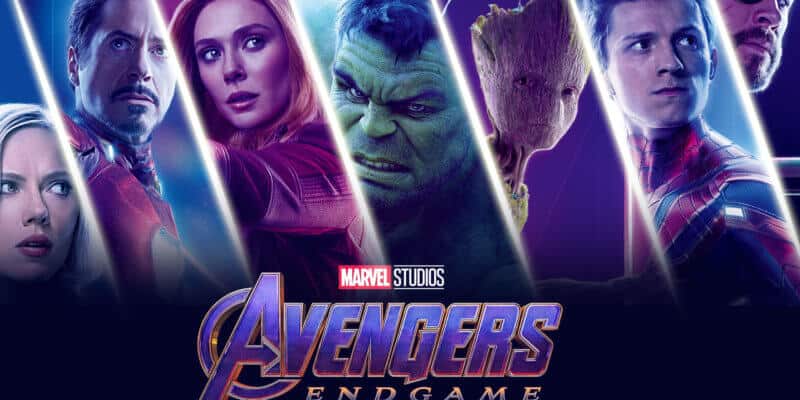 “I feel like that movie was made for every Marvel fan, everywhere.”

“If Infinity War is the brawn, Endgame is the brains.”

“It’s the most emotional, most epic, MCU film.”

Those are some of the many reactions from those who attended Monday night’s premiere of “Avengers: Endgame,” the final chapter in the Marvel Cinematic Universe. The film made its Hollywood debut and has garnered almost entirely positive reviews on social media, with attendees sharing their initial, raw thoughts after finally seeing possibly the most hyped film in MCU history. While many attendees took to Twitter to warn fans of the impending emotional reactions they are bound to have (even calling the film an “emotional rollercoaster”), other shared that fans could not possibly be prepared for what they’re about to see once “Endgame” hits theaters Thursday night.

Still, even with the sea of social media reactions and reviews, Marvel and the Russo brothers’ request for viewers not to “spoil the Endgame” still rings true. The “Avengers: Endgame” directors (as well as the “Endgame” actors themselves) shared their letter to Marvel fans last week thanking fans for following them on their MCU journey and requesting that they don’t spoil the film for everyone else. “Thanos demands your silence,” the Russos wrote.

But even though fans are prompted not to read anything on social media for fear of “Endgame” spoilers, we couldn’t help but share some of our favorite reactions from viewers at the film’s premiere. And if you’re not already convinced that this film will be the most epic ending to the current MCU saga, we’re sure these Tweets will change your mind. Take a look at what attendees of the film’s premiere have to say:

Comicbook’s Brandon Davis shared in his thread of reaction Tweets that he was “simply blown away.”

I just can’t remember a cinematic experience like the one I just had with #AvengersEndgame. Simply blown away. I feel like that movie was made for every Marvel fan, everywhere.

Fandango managing editor Erik Davis said that viewers will learn more in “Endgame” than we knew before.

#AvengersEndgame is a masterful epic – a true culmination of 22 films that not only concludes the story, but expands upon it. You’ll learn more about the other movies while this one unfolds. If Infinity War is the brawn, Endgame is the brains. And wow, what an ending! pic.twitter.com/94ttBUQKJ0

Imagine the best possible version of #AvengersEndgame and somehow the film still surpasses all expectations. I cried 5-6 times. It’s the most emotional, most epic, MCU film. A tribute to ten years of this universe and holy shit the great fan service in this movie. Soooo good.

#AvengerEndgame is an immensely satisfying payoff, not just to Infinity War but to all the films that came before. This is why the MCU. (And I say this as someone who was not especially enamored of Infinity War, FWIW.) ♥️??

Collider Editor-in-Chief Steven Weintraub said he doesn’t know how any MCU fan would walk out of “Endgame” disappointed.

Don't know how any @MarvelStudios fan walks out of #AvengersEndgame disappointed. Movie is loaded with incredible set pieces and tons of small character moments that leave you wanting more. An epic conclusion to 10 years of Marvel movies. Thank you to everyone that worked on MCU. pic.twitter.com/HbXkwuYL5y

And Variety’s Ramin Setoodeh said there wasn’t a dry eye in the theater at the end of the film.

There wasn’t a dry eye in the house as the credits rolled for #AvengersEndgame.

By the looks of these initial reactions, you could say we’re more excited than ever to see “Avengers: Endgame” this week. The question is, will we be able to survive the MCU finale without shedding a tear? We’ll let you know.

Are you planning to see “Avengers: Endgame” as soon as it hits theaters this week? Let us know in the comments!

Comments Off on “Avengers: Endgame” first reactions say “There wasn’t a dry eye in the house” after the final MCU film premiere