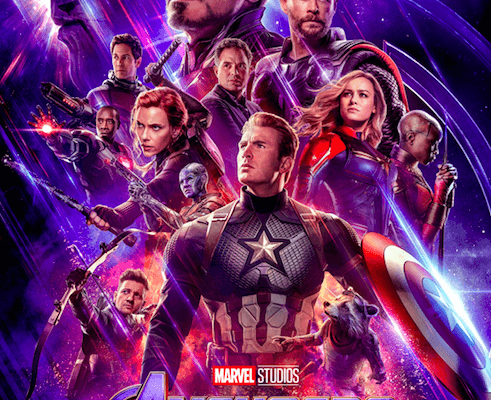 Heads up, Super Hero fans. Marvel just released the official synopsis of “Avengers Endgame,” and with all of the havoc and emotions that “Infinity War” brought to the big screen, it’s no surprise that “Endgame” will reportedly be three hours long.

“Avengers: Endgame” has been over a decade in the making. As the final installment in the current era of Marvel films (which began in 2008 with the first “Iron Man”), you could say that “Endgame” has a lot of hype to live up to — 22 films worth of hype. So when we found out that Marvel had finally released an official synopsis, you could say we were pretty excited.

But before we get started, if you haven’t yet watched the official “Avengers: Endgame” trailer, take a look below:

Here’s the official synopsis from Marvel:

The grave course of events set in motion by Thanos that wiped out half the universe and fractured the Avengers ranks compels the remaining Avengers to take one final stand in Marvel Studios grand conclusion to twenty-two films, “Avengers: Endgame.”

Of course, the synopsis doesn’t contain spoilers or reveal any more than we already know. But it does solidify that “Avengers: Endgame” concludes the current Marvel era, something only director Joe Russo had spoken about previously but Marvel had yet to formally announce. Last month in an interview Russo shared some of the pressure that comes with creating “Endgame” as a grand finale.

This is a culmination film of 22 movies, it’s a lot of storytelling to work into it. Emotion is an intrinsic part of that to us. When you have to tell a really complicated story and you want strong emotional moments with the characters, it just requires a certain amount of real estate. This one, in particular, feels like three hours worth of real estate.

So this is where the three-hour runtime comes into play. We shared before that a three-hour Marvel film isn’t out of the question (especially since the Russo brothers mentioned they are aware of everything they need to include in “Avengers: Endgame,” given its place in the Marvel Cinematic Universe). And now, rumor has it that “Endgame” currently sits at 182 minutes long.

Anton Volkov of TrailerTrack recently took to Twitter to point out some interesting findings regarding the “Avengers: Endgame” runtime. He shared evidence from several movie theaters where the film will be playing, and the runtime currently listed on those theaters’ websites. The result? 182 minutes.

At this point it's safe to say 182 minutes is what Disney is telling theatres in the US the runtime is. As mentioned before, the cut may he locked but film isn't 100% done yet so final runtime may be different by a minute or so (depending on how long end credits/tags are) https://t.co/WnvWoevRkq

As Volkov shared on Twitter, the film isn’t fully complete, and Disney and Marvel have yet to announce the official runtime to the press yet. But given the impending release at the end of next month, we’re expecting to find out soon. Currently, theaters like AMC are listing “Avengers: Endgame” as three hours and two minutes long. Whether or not the film will have an intermission partway through will also impact the runtime, though Marvel hasn’t announced this either. But no matter how long the film ends up being, as we’ve mentioned before, we’re happy to know the Russo brothers and the rest of the team behind “Avengers: Endgame” are willing to keep fans on the edge of their movie theater seats for as long as it takes to wrap up this Marvel era.

It’s safe to say we can’t wait for “Endgame” to hit theaters in April. And after seeing “Captain Marvel,” we’re expecting a pretty epic showdown between the Avengers and Thanos with Carol Danvers joining the rest of the heroes. It’s only fitting for the grand finale of this Marvel era to be the most anticipated film yet.

What do you think of a three-hour Marvel film? What questions do you hope will be answered in “Avengers: Endgame”? Let us know!