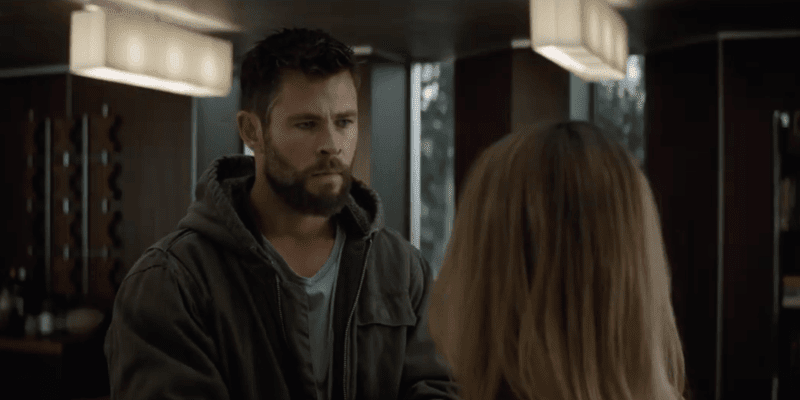 Disney dropped a new trailer for Avengers: Endgame, which looks back to the past to start a new beginning for the larger-than-life superheroes as the epic series comes to a conclusion — a new beginning that includes the addition of a brand new Avenger, Captain Marvel.

After the grave, life-changing events that took place on account of Thanos in “Avengers: Infinity War,” when half the universe was wiped out and the Avengers’ ranks were fractured, the Earth’s mightiest heroes are back to take one final stand in a grand conclusion to the epic twenty-two film series.

The new trailer begins with a continuation of Tony Stark’s goodbye video, first seen in Marvel’s first trailer for the film. It begins with a flashback to the first time fans saw Iron Man, after Stark put together a make-shift super suit to escape captivity, which led to him becoming the Iron-clad superhero. This then transitions into a series of scenes featuring the remaining Avengers, some looking into their pasts, prior to their rise to Avenger status and the carnage that followed from Thanos.

We then see the remaining Avengers in various scenes as pieces of audio from various cast members plays in the background. “All we can do is our best and sometimes the best we can do is to start over,” “I keep telling everyone they should move on, some do but not us,” “Even if there is a small chance, we owe this to everyone who’s not in this room to try,” “We will, whatever it takes,” “Whatever it takes.”

The new trailer also gives fans a look at the Avengers in new suits, in addition to one pivotal ending scene we’ve all been waiting for. The last shot of the trailer features Thor and Black Widow standing next to who could possibly be the secret weapon the Avengers have needed all along: Captain Marvel.

Is Captain Marvel the final piece to this epic puzzle that can reverse Thanos’ wrongdoings and bring back half of the universe? We’ll have to wait and see when the film hits theaters April 26.

Whatever it takes. Watch the brand new trailer for Marvel Studios’ #AvengersEndgame, in theaters April 26. pic.twitter.com/0sOetnYzPu

What are your thoughts on Captain Marvel joining the Avengers as they go into battle one last time? Let us know in the comments below!