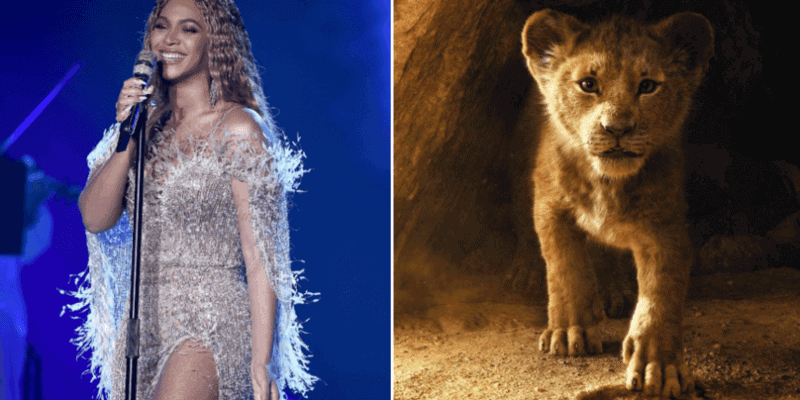 If you’re anything like us, you’re probably over-the-moon excited about Beyoncé’s role voicing Nala in Disney’s upcoming remake of “The Lion King.” So when we heard the singer and actress would be singing a rendition of “Can You Feel the Love Tonight?” in the new film, we knew this movie would be so much more than a typical shot-for-shot remake of the original. Now, we’ve just heard we aren’t the only ones swooning over Beyoncé’s version of the classic song. Billy Eichner has just confirmed that Beyoncé’s performance is everything we could hope for and more.

The actor and comedian who stars as Timon (opposite Seth Rogen’s Pumbaa) in the upcoming “The Lion King” remake recently appeared on the “Keep It” podcast and shared more details about Beyoncé’s role. Here’s what he had to say:

“I’ve heard her sing ‘Can You Feel the Love Tonight?’ with Donald Glover and, I’m telling you, it’s f*cking good. And that was never my favorite song to be totally honest . . . I liked it when Elton John sang it. I love Elton John. I don’t want to give too much away about that. They’re very — they do not want us talking about it. I will just say that, honestly, it made me cry and I was not expecting that.”

If Beyoncé’s performance of a fan-favorite tune from one of Disney’s most beloved animated films can make her co-star cry of happiness, we’re almost certain it will incite a similar reaction from those who have always loved the song, as well as garner new fans who, like Eichner, weren’t necessarily feeling the love before.

This isn’t the first time Eichner spilled details about “The Lion King.” Earlier this year while appearing on “Watch What Happens Live,” the actor and comedian was the first to share that Beyoncé would be singing “Can You Feel the Love Tonight?” We may have Eichner to blame for all of the hype surrounding the music of the upcoming film, but we’re not complaining.

With a star-studded cast that is talented on screen and in the recording studio, “The Lion King” seems to be everything we could ever want in a remake. In addition to Beyoncé, Eichner, and Rogen, other voice actors featured in “The Lion King” remake include James Earl Jones as Mufasa, Chiwetel Ejiofor as Scar, Alfre Woodard as Sarabi, John Kani as Rafiki, John Oliver as Zazu, Eric Andre as Azizi, Florence Kasumba as Shenzi, and Keegan-Michael Key as Kamari.

Which of Disney’s upcoming remakes are you most excited to hit theaters? Let us know in the comments!

Comments Off on Beyoncé’s performance of “Can You Feel the Love Tonight?” made fellow “Lion King” actor cry