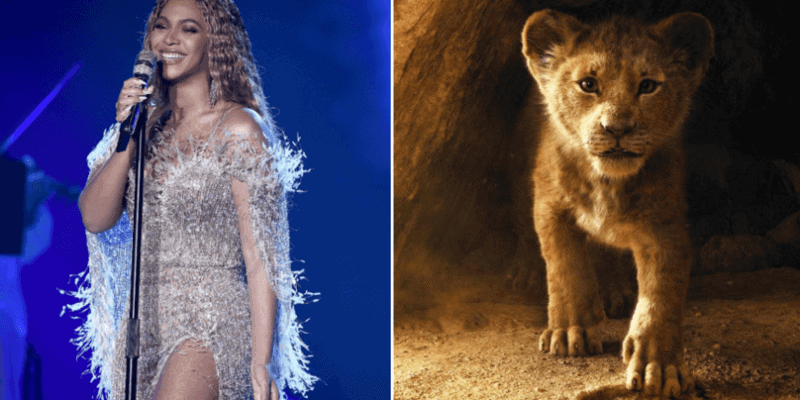 One of the most beloved songs from the original “Lion King” soundtrack is getting re-recorded by one of this generation’s most influential R&B/Pop stars as part of the upcoming remake of the film.

First recorded by Elton John back in 1993, “Can You Feel The Love Tonight?” is one of the most top played tracks from “The Lion King” original soundtrack, and as Disney works in production of its computer-animated remake, it’s been confirmed that the company has chosen to select another top artist of the times to sing the track once again.

In a recent episode of “Watch What Happens Live” on Bravo, comedian and actor Billy Eichner (who plays Timon in the upcoming remake) confirmed the news of Queen B’s musical contribution to the new film and revealed details of how the song will be played in the remake. “I play Timon, and Timon and Pumbaa start singing ‘Can You Feel the Love Tonight?’ and then it segues into Beyoncé and Donald Glover singing it,” Eichner said.

In addition to Beyonce lending her voice musically to the new film, she will also be taking on the role of Nala, while her co-star and co-singer Donald Glover will be playing Simba.

The remake is currently in production by Walt Disney Pictures. The film is being directed by Jon Favreau, who’s most famous for his directorial work on “The Jungle Book” and who is also currently serving as the writer and executive producer of “The Mandalorian,” the new “Star Wars” TV series coming to Disney+.

What are your thoughts on Beyoncé re-recording “Can You Feel The Love Tonight?” with Donald Glover? Let us know in the comments below!

Comments Off on Beyoncé will sing “Can You Feel The Love Tonight?” on new “Lion King” movie soundtrack