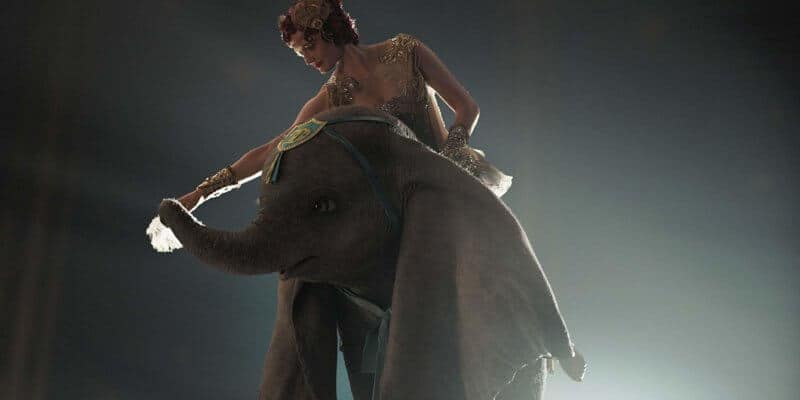 Disney continues to turn their expansive library of animated classics into live-action remakes. Films like “Cinderella,” “The Jungle Book” and “Beauty and the Beast” have already made the conversion. This time, Disney reached back a little further to bring back a certain flying elephant.

“Dumbo” is the latest Disney animated classic to be remade into a “live-action” film. I use the term “live-action” loosely because Dumbo himself is obviously not “live-action.” The new film follows the “Jungle Book” model of live actors with CGI animals and, visually, it works. 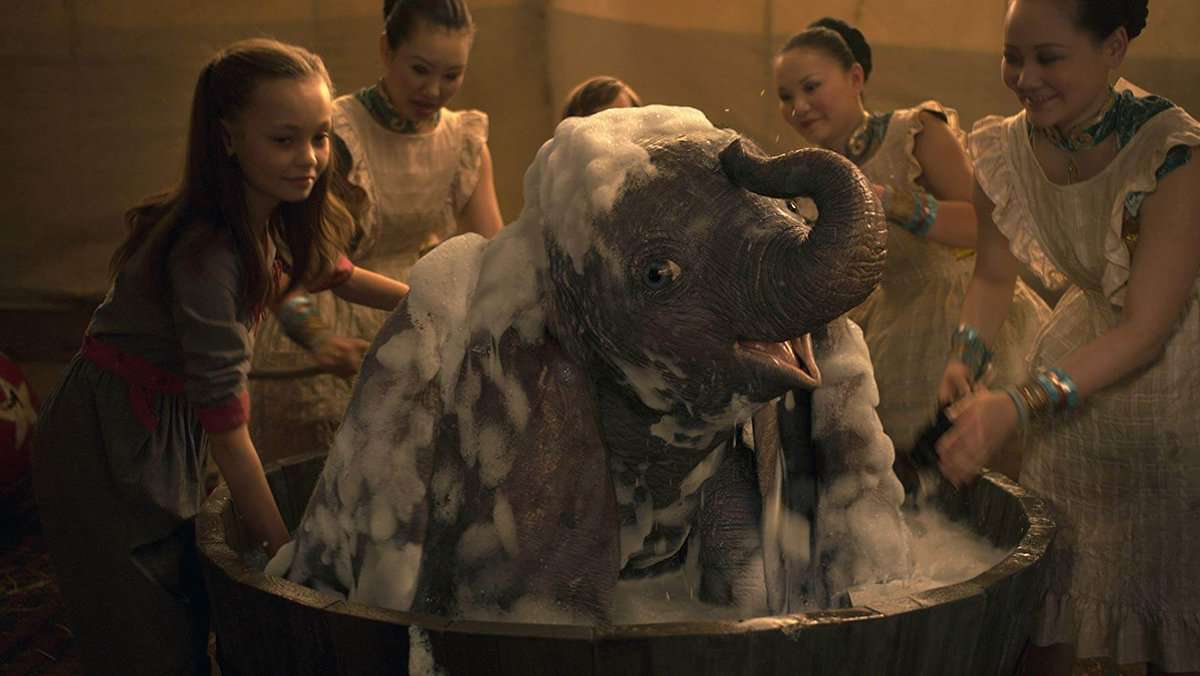 And speaking of that CGI elephant, he’s adorable. Yeah, I called an animated elephant adorable. Just look at that image above. Tell me you don’t want him at home. Would it be hard to care for a CGI elephant? I might look into that.

Parts of this film really give you that nostalgic feeling for the animated classic. Dumbo’s playful nature balances with his heartbreaking sadness to completely connect you with him and make you feel for the little circus star.

With that being said, the positives of the film pretty much start and end with Dumbo (aside from one other, which I’ll get to later).The rest of the film feels rushed. Several scenes feel as though they were cut in half, ending seemingly at random, especially early in the film. Even the classic “Baby Mine” scene isn’t given nearly enough time to really be the tear-jerker it can be. 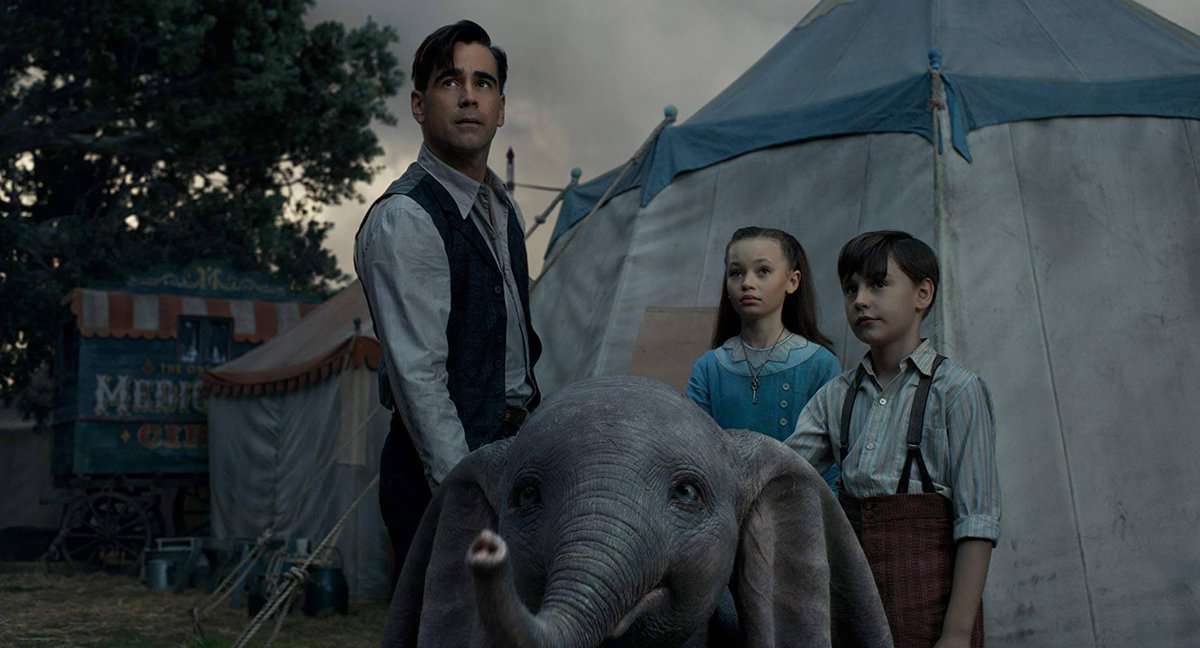 The film features a cast of characters that are not given nearly enough time to make you care about them. The Farrier family, which more or less serves as the main characters of the film, are given a rushed story about a family torn apart. It’s a touching story, but the movie never really gets into it enough to make you feel for them.

The Medici Circus folk are given even less time to develop. Out of the group of about 10 characters, I can currently only remember one of their names. The third act features a dramatic moment which is supposed to make you feel for them, but up to that point they were barely in the film so the moment kind of falls flat.

Michael Keaton’s villainous V.A. Vandevere is just a perplexing character. His accent seems to change from one scene to the next. At times he’s a menacing antagonist and at others he’s comedic relief. It also felt as though the part was planned for Johnny Depp and not Keaton. Knowing the history between director Tim Burton and Depp, this is certainly a possibility. 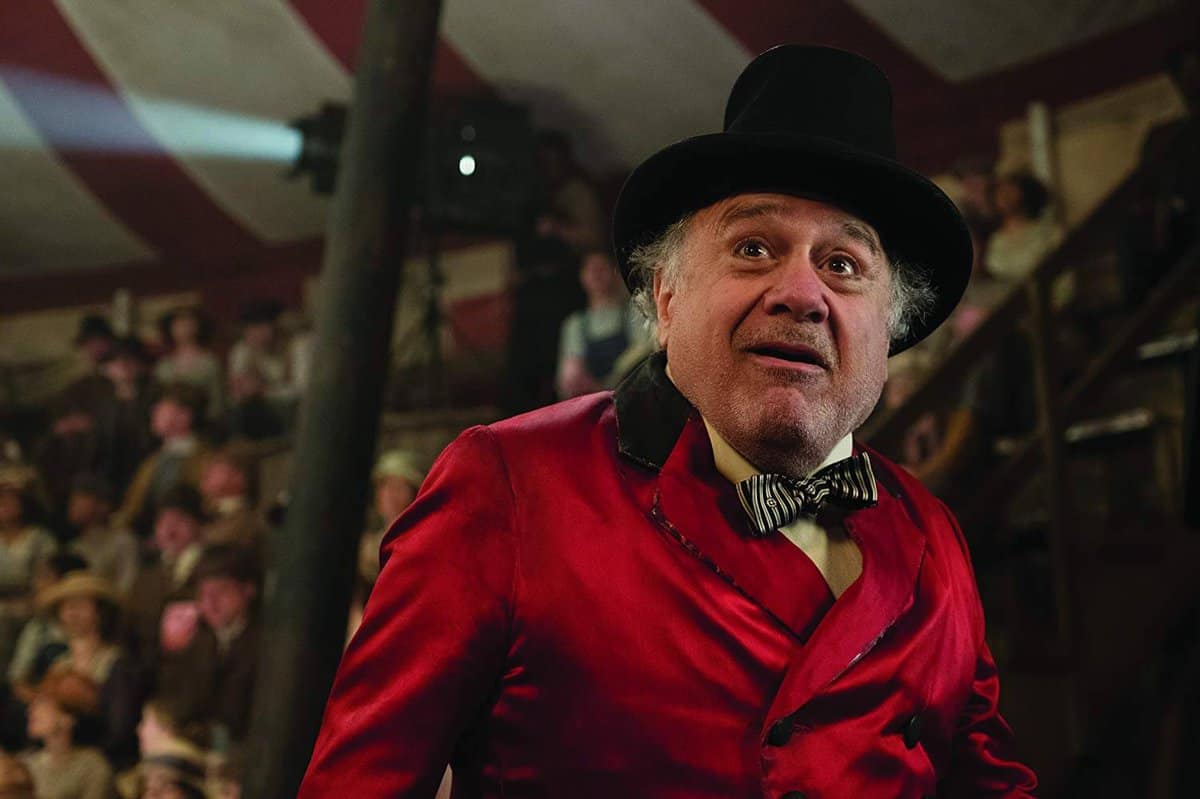 Let’s get to that other positive I mentioned earlier. Danny DeVito plays circus owner Max Medici and is the true comic relief in the film. His performance is by far the most lively of anyone in the cast. Even though he’s kind of a greedy scoundrel type, he somehow still comes off as the most likable (human) character in the end.

Overall, the best word I can use to describe “Dumbo” would be “cute.”  It’s not a great story. It’s loaded with underdeveloped characters and half-baked relationships. It toes the line of breaking the fourth wall, without ever actually breaking it. It’s not Disney’s strongest movie. It does however give us an adorable little flying elephant. In the end, it’s just plain cute.

Comments Off on Review: “Dumbo” brings an adorable Disney icon to life, but not much else