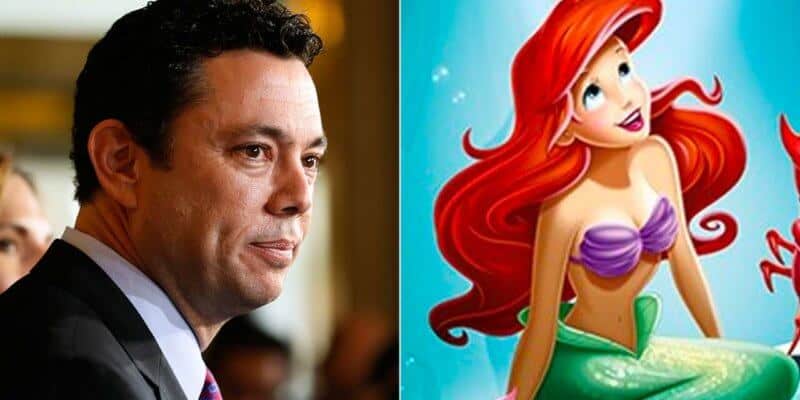 Former Chairman of the U. S. House Oversight Committee Jason Chaffetz was recently a contestant on Fox Nation’s “The Quiz Show.”

While we would expect him to know the answers to lots of questions, especially as they pertain to really important topics like the goings-on within the federal government, it was his quick wit and knowledge about Disney’s “The Little Mermaid” that impressed the host of the show as well as the audience.

The FOX News Contributor was brought onto the show and asked a whole host of random and off-the-wall questions about “animal villains” in films, many to which Chaffetz knew the answers. But it was his quickness to answer a question specifically about “The Little Mermaid” that wowed everyone.

“I can’t say I’ve studied for this,” Chaffetz said to the host of Fox Nation’s “The Quiz Show.”

The host of the show began his question by describing the two pets of the Sea Witch Ursula in “The Little Mermaid,” Flotsam and Jetsam, saying that the two finish each other sentences, speak in unison and intertwine their bodies together.

Chaffetz was then asked what kind of animals Flotsam and Jetsam are.

“I’ve watched a lot of ‘Little Mermaid,'” Chaffetz told the host with a chuckle. “I’m pretty sure they are moray eels.”Ja

We’re impressed that he knew the answer too, and we wonder if Chaffetz knows about the two new versions of “The Little Mermaid” currently in the works. He says he’s watched a lot of the film, so we wonder also if he’ll be catching the brand-new live-action remake of Ariel’s story, starring Halle Bailey.

ABC is also putting the finishing touches on a new musical inspired by the 1989 feature film. “The Little Mermaid Live!” will air on ABC as part of “The Wonderful World of Disney” on Tuesday, November 5. The musical will star Auli’i Cravalho, who played Moana in the feature film by the same name. It also stars Queen Latifah and singer/songwriter Shaggy.

Are you excited about the new versions of “The Little Mermaid” currently in the works at Disney? Let us know how you feel about a live-action remake of the 1989 feature film in the comments section below.