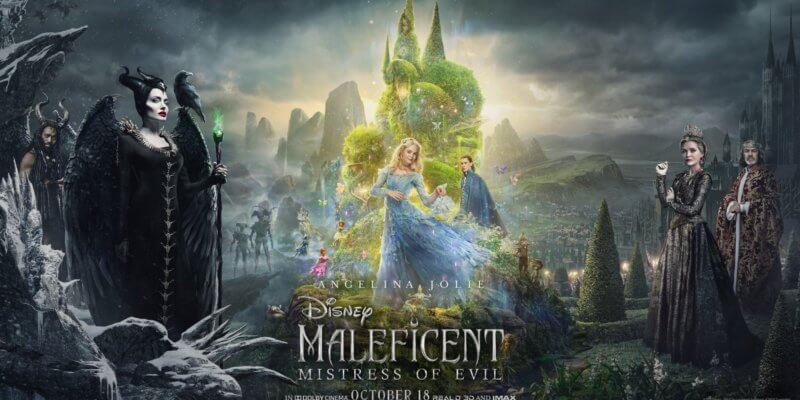 During the Walt Disney Studios panel, Sean Bailey, a film and television producer and who currently serves as President of Production at Walt Disney Studios, came out on stage and discussed even more details around the highly anticipated Maleficent sequel: “Maleficent: Mistress of Evil“.

“We can’t wait to share some wicked fun with all of you just in time for Halloween”, said Bailey.

Not long into the presentation did the one and only, Angelina Jolie surprised the crowd and walked out on stage.

“I missed her, and I love playing her. In the first film, we brought two people, two creatures, who were very different, historic enemies in many ways, and said just because they’re very very different, they’re a family and they have love for each other” – Jolie on Maleficent and Aurora.

Throughout this upcoming film, they are encouraged to not be a family. Aurora and Maleficent are being pulled apart because of their differences and in this film, “we really fight for the belief that what is different makes you stronger,” said Jolie. The main focus of this sequel will be family connections.

Soon enough, the remainder of the cast walked out on stage, including Elle Fanning.

“This movie’s very special for me because in the first film, when I filmed it, I was 14. Now we’ve filmed the second one and now I’m 21. I feel as though as Aurora and I have grown as a young woman…this movie has really marked very special moments in my life,” explained Fanning.

D23 has been packed full of surprise attraction announcements, Disney+ details, and now upcoming highly anticipated Disney films. We can’t wait to see what else is to come.

“Maleficent: Mistress of Evil” will hit theaters on October 18.

Do you plan to see “Maleficent: Mistress of Evil” when it hits theaters?