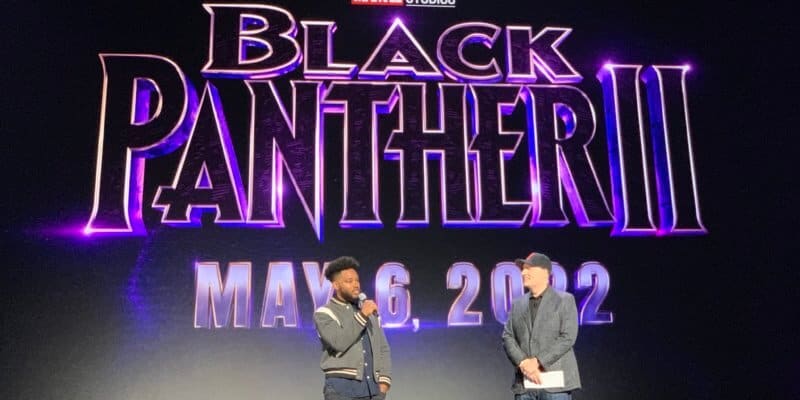 We don’t have a name or an official cast yet as they don’t want to rush things and are working hard on trying to produce something really special.

“We’re really hard at work on it trying to give you guys something special. I know a lot of people are really excited about it and we’re not taking out time with it — just really really want to get it right” said Ryan Coogler.

“Black Panther” was one of Marvel’s biggest box office hits, bringing in over 1.3 million dollars and is still highly talked about today. The film also took home awards for Best Production Design, Best Costume Design, and Best Original Score at the Oscars.

After the death of his father, T’Challa (Chadwick Boseman) returns home to the African nation of Wakanda to take his rightful place as king. But a powerful enemy (Michael B. Jordan) returns, T’Challa gets tested as king and is soon confronted with a conflict that puts the fate of Wakanda and the entire world at risk.

Guests can expect to get a whole lot more of the Wakanda king when the new super-hero land, Avengers Campus, opens at Disney’s California Adventure in Disneyland California (which was just confirmed earlier at the D23 Expo.)

D23 has been packed full of surprise attraction announcements, Disney+ details, and now upcoming highly anticipated Disney films. And this is only the beginning. We can’t wait to see what’s to come.

Though we may not know many details yet around this, what we do know is the release date is May 6, 2022.