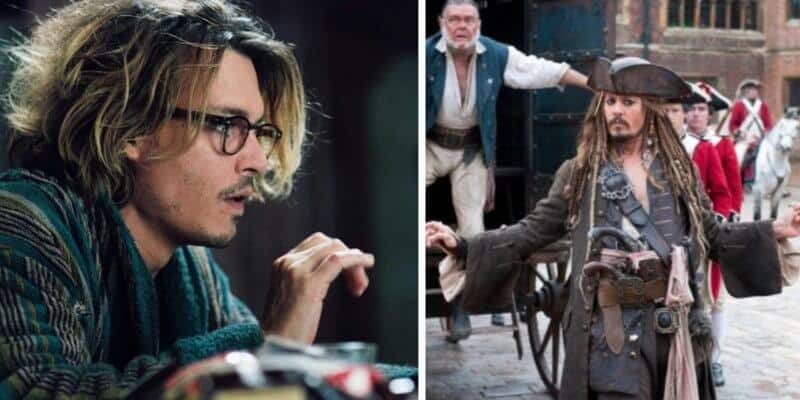 Johnny Depp has certainly had a trying past few years. His 18-month-long marriage to Amber Heard has resulted in a years-long divorce battle, where Heard claimed that Depp was abusive towards her. Johnny Depp even filed a lawsuit against — and subsequently lost — the British newspaper The Sun after they called him a “wife-beater”. However, Depp recently won a case where he demanded to see whether or not the $7 million he paid to Heard had been donated to charity, as his ex-wife had promised it would be.

To say that it has been a tumultuous time would be an understatement.

Now Johnny Depp is finally speaking out about Hollywood’s reaction to the case against him — Depp has been chastised for Heard’s alleged abuse and has been dropped from multiple projects, including losing his role as Grindewald in the Fantastic Beasts franchise. However, Amber Heard has been able to continue working on big Hollywood projects — including Aquaman 2 — despite fans taking issue with the fact that Heard admitted that she has put her hands on him and has been the aggressor in some of their heated arguments

In speaking with The Sunday Times, Depp says that he feels that Hollywood is boycotting him.

“Some films touch people and this affects those in Minamata and people who experience similar things. And for anything … for Hollywood’s boycott of me?” he told the outlet. One man, one actor in an unpleasant and messy situation, over the last number of years?”

“But, you know, I’m moving towards where I need to go to make all that . . . to bring things to light,” Depp added.

While Depp has been struggling with studios who may be reluctant to work with the embattled actor, he has not forgotten about his loyal fans, who still shower him with support to this day.

“They are all our employers. They buy tickets, merchandise. They made all of those studios rich, but they forgot that a long time ago. I certainly haven’t. I’m proud of these people, because of what they are trying to say, which is the truth. The truth they’re trying to get out since it doesn’t in more mainstream publications. It’s a long road that sometimes gets clunky. Sometimes just plain stupid. But they stayed on the ride with me and it’s for them I will fight. Always, to the end. Whatever it may be.”

Johnny is currently starring in the new film Minamata, about photographer W. Eugene Smith. The film first premiered at the Berlin Film Festival in 2020, but a larger release was postponed due to the pandemic.

Are you surprised to hear Johnny Depp speaking out? Let us know in the comments!