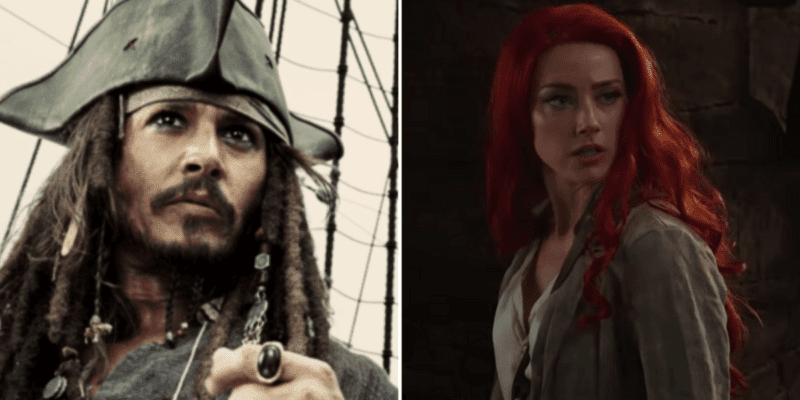 As one of the most highly publicized legal battles in entertainment history, the ongoing court cases between actor Johnny Depp and his ex-wife, actress Amber Heard continue to develop. The battle between the pair crosses continents with each party taking action against the other in a number of lawsuits relating to claims of domestic violence.

One ruling — the settlement of their divorce in 2016 — continues the saga. Heard received $7 million from Depp following their divorce which she, in turn, pledged to donate to charity. There has never been a confirmation of a sizeable donation to one charity, and now a Judge has ruled in favor of Depp — the American Civil Liberties Union (ACLU) will be forced to reveal if Heard donated the funds.

Johnny Depp and Amber Heard met on the set of The Rum Diary (2011) and eventually married in 2015 after Depp’s relationship with Vanessa Paradis ended. The couple divorced a year later — it was this event that began the charity donation controversy. Depp paid Heard $7 million in a settlement which the latter pledged to donate to the ACLU and Children’s Hospital Los Angeles. There has never been proof on an ACLU donation, and Depp’s lawyers have continually believed this allegation to be an effort to sway the court against Depp.

At this time, it has never been confirmed that the Aquaman actress donated the multi-million amount with the alleged contributions later playing a role in the 2018 libel case of Depp vs. The Sun and its parent company, News Group Newspapers. The British tabloid called Depp a “wife-beater” leading to a huge court battle with both Depp and Heard offering testimony regarding alleged domestic abuse within their relationship. The court would eventually rule in The Sun‘s favor and Heard’s allegations with Depp also losing his appeal to challenge the libel trial outcome earlier this year.

In terms of the ACLU, the Pirates of the Caribbean actor sued the Union in an attempt to prove Heard lied about the charity contributions — this put pressure on the New York Supreme Court with Depp filing a motion to prove his ex-wife’s donations. And in an interesting turn of events, a Judge has backed Depp’s claims and now the ACLU will be ordered to prove Heard’s alleged donations.

Per the Daily Mail;

Now a judge has granted 23 of the 24 requests in the actor’s ‘motion to compel’, meaning the organization must produce the paperwork relating to Heard’s charitable contributions.

The only thing Judge Arthur Engoron refused was a request for documents relating to the actress’s role as a ‘brand ambassador’ for the ACLU.

‘Thus, for the reasons stated herein, the petition is granted and denied in part and respondents are ordered to comply with all subpoenas with the exception of… documents pertaining to Ms Heard’s role as a brand ambassador for the ACLU.’

This motion is sure to play a part in Depp and Heard’s future court cases. In 2019, Heard famously wrote an Op-Ed in The Washington Post remarking on her time with Depp and the domestic abuse she was victim to during their time as a couple. Depp claimed that it was he who was the victim of domestic abuse and thus began a $50 million defamation case against the Aquaman star.

While this case is due in court in Fairfax County, Virginia next year, the lawsuit has continued to develop. Recently, Depp’s lawyer sought Heard’s team to be sanctioned over repeated attempts to throw out the court case — what happens next is anyone’s guess, but this motion for donations to be proven will sure play an integral role in the future of this defamation lawsuit.

In terms of Depp’s and Heard’s careers, Depp is currently out of his role as Gellert Grindelwald in the Harry Potter spinoff series, Fantastic Beasts and Where to Find Them. Warner Bros. asked Depp to resign as the evil wizard with Mads Mikkelsen taking over the part in the upcoming third installment of the Fantastic Beasts franchise.

His future as fan-favorite Captain Jack Sparrow is also undecided — The Walt Disney Company does have a Margot Robbie Pirates project in the works but at this time it is not known whether it will be a spinoff or a reboot.

For Heard, the actress continues her role as Mera in the DC Extended Universe’s Aquaman and the Lost Kingdom (2022). Director James Wan recently announced the title of the Aquaman sequel movie which reignited #FireAmberHeard online. However, despite the huge backlash to Heard’s role in Aquaman and the Lost Kingdom, producer Peter Safran has recently claimed these views played no part in Heard’s casting.

Only time will tell whether Depp’s motion regarding the divorce settlement will reveal anything new about the ongoing lawsuits.

Are you following the legal battle between Johnny Depp and Amber Heard?