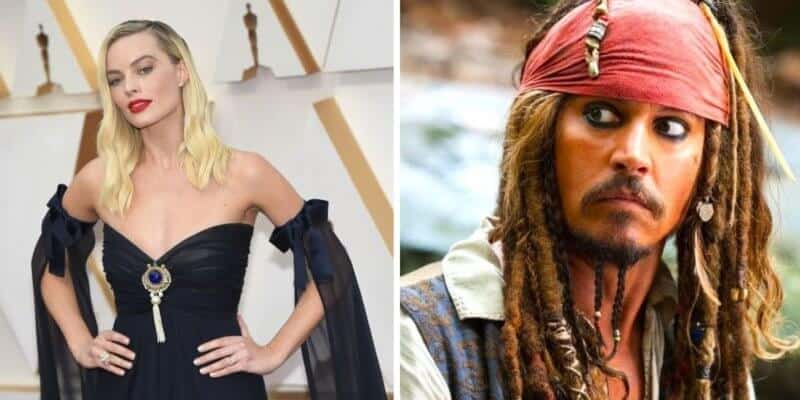 If you have been following Inside the Magic’s journey with Johnny Depp’s lost libel case, you likely know that his time as Jack Sparrow in Pirates of the Caribbean has come to a close. Earlier this year, we reported that Margot Robbie was going to be stepping into the series, and with Depp reportedly stepping out, it seems she is ready to helm the Black Pearl but wants her character to have an open sexuality.

The announcement of Margot Robbie coming into the Pirates of the Caribbean world stems from a female-led version of the franchise that is being created in the same world that we know and love from the original films. Although it may seem that Robbie is the new Jack Sparrow, and she very well may be the newest star of the Pirates of the Caribbean franchise, this version of the film will have it’s own characters — but it will be fun to see if we get any surprise cameos in the film.

Now, it is being speculated that Margot Robbie would like to take her pirate in an LGBT+ direction! Express notes:

As Express shared, it really wouldn’t be shocking to see a lead Disney character in this day and age as LGBT+ and open. Additionally, many feel that the Pirates of the Caribbean franchise already has quite the accepting feel to it. Considering we have yet to really see Jack Sparrow as particularly romantic in any of the films, it would be interesting if Margot’s character was more open to a romance (with a person of any gender).

At the moment, we do not know too much about the female-driven film, aside from that it is going to be filled with a lot of girl power (which we love to see). As for Johnny Depp’s Jack Sparrow, from what has been speculated, it seems that Disney has removed him from Pirates of the Caribbean 6, and if so, likely the franchise as a whole.

Stay tuned to Inside the Magic for all your Pirates of the Caribbean news!

Do you think Margot Robbie’s character being part of the LGBT+ community is a big deal?