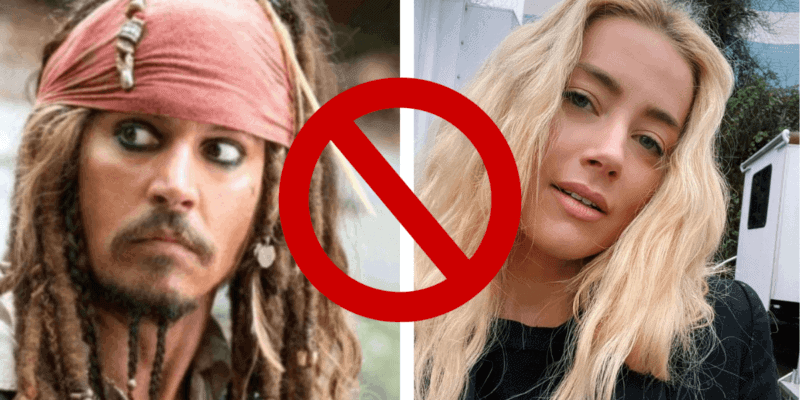 The legal battle between Amber Heard and Johnny Depp continues. Stemming from a rocky relationship that eventually led to a British tabloid labeling Depp as a “wife-beater”, the lawsuits that have ensued between the former couple have been highly publicized.

With lawsuits being ruled in two continents, the messy nature of this ongoing battle continues to develop as each party intends to make headway in their respective cases. Earlier this year, Heard’s team aimed to get Depp’s $50 million defamation case thrown out of court, she tried again with her lawyers being warned not to waste the court’s time. The actress has now tried a third time.

Heard and Depp met on the set of The Rum Diary (2011) following the end of Depp’s relationship with Vanessa Paradis. Married in 2015, the couple then divorced just over a year later. What followed was a slew of serious allegations from both sides.

In 2018, the Pirates of the Caribbean star entered a libel trial against British newspaper, The Sun, and its parent company News Group Newspapers, when the tabloid branded Depp a “wife-beater”. Both Heard and Depp testified in this trial regarding the allegation which began last year in July 2020 but by November the court would rule against Depp’s defense. Later on, in March this year, Depp would lose his appeal to challenge the court ruling of the libel case — likely, meaning he is out of playing Captain Jack Sparrow and his beloved Pirates franchise for good.

2019 saw Depp and Heard locked in another legal battle — the aforementioned defamation case — after Heard wrote an Op-Ed in The Washington Post describing her experience as a domestic abuse victim at the hands of her former husband. Depp refuted Heard’s claims of the alleged assault and instead alleged that it was Heard who had domestically abused him. While this case is set for court in Fairfax County, Virginia next April, Heard’s team has attempted on multiple occasions to get Depp’s defamation lawsuit thrown out. And just this week, the Hollywood star tried a third time.

The basis of Heard’s attempts to dismiss Depp’s defamation case comes from the context that if the U.K. libel lawsuit regarding The Sun was ruled in favor of the newspaper based on Heard’s many testimonies of the alleged domestic abuse, then the case in Virginia should be thrown out. Both Depp’s and Heard’s lawyers spoke to the Virginia Judge on July 22 to state their claims in the ongoing defamation case.

Per the Courthouse News Service;

If the conclusions of the U.K. court are embraced, Depp, 58, would not be able to contend that he was defamed by a 2018 Washington Post op-ed in which Heard described facing pushback after coming out as a survivor of domestic abuse. Depp’s $50 million defamation lawsuit against Heard, 35, would end in dismissal.

“What is the issue here?” […] “The issue is whether he [Depp] committed domestic violence.”

However, while Heard’s claim has a foundation — Depp did lose his case in the U.K. based on Heard’s domestic abuse allegations — Depp’s lawyer has challenged back, once again, stating that the cases cannot be connected. Speaking in court, Ben Chew of Brown Rudnick, said;

The two cases are different: set in different countries with different disclosure and evidentiary rules. The “Aquaman” actress, he said, “fed selective evidence, much of it false, to the [U.K.] defendants.”

Prior to this statement, Courthouse News also reported that Chew, in the same hearing, pushed for Heard and her team to receive consequences for their repeated claims in court.

Heard’s attorneys, he added, “ignored the flashing red lights” in bringing it before the court and should be sanctioned.

The report concludes with the fact that “Chief Circuit Court Judge Penney Azcarate took the matter under advisement.” Previously, Heard was granted leave to amend until June 14 where she would be required to submit a briefing before this July 22 hearing. It will be interesting to see what the outcome will be from this latest court battle, seen as though the Judge warned Heard’s team of “legal repercussions” if she is found to be wasting the court’s time.

During the ongoing legal battle, more evidence has come to light regarding the case and those involved. Recently, new bodycam evidence circulated seemingly contradicting parts of Heard’s testimony surrounding her domestic abuse allegations against the Pirates actor. This reportedly led the LAPD to probe the Aquaman actress.

What’s next for Johnny Depp and Amber Heard?

In terms of their careers, Depp was asked to resign from his role as the evil wizard Gellert Grindelwald in JK Rowling’s Fantastic Beasts and Where to Find Them. Mads Mikkelsen has since taken over the role for the third installment of the Harry Potter spinoff franchise. Depp’s future as Jack Sparrow with The Walt Disney Company’s Pirates of the Caribbean series is still undecided — Margot Robbie is tapped to star in a Pirates spinoff, although whether this is a reboot or a new addition to the swashbuckling film franchise remains to be seen.

Heard is currently filming the sequel to Aquaman (2018), Aquaman and the Lost Kingdom (2022). James Wan is back as director, and while online petitions calling for Heard’s firing, #FireAmberHeard trends, and protests at the Warner Bros. studio have continued, Heard will reprise her role as Mera in the DC movie.