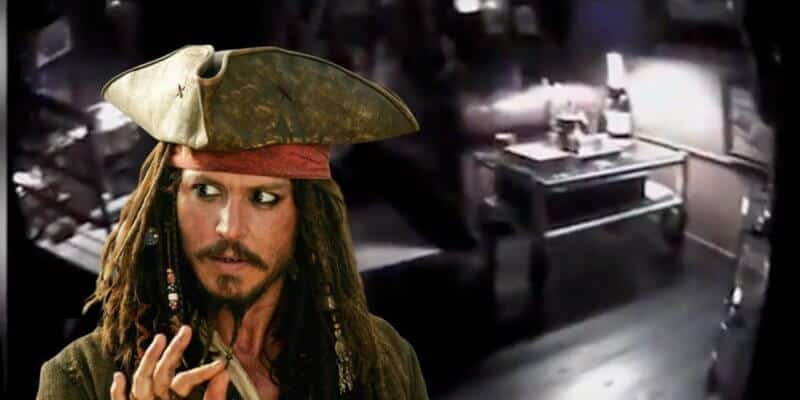 The Johnny Depp legal battle saga is one that many in the entertainment industry has been following for quite some time.

Depp has been in a legal battle with his ex-wife Amber Heard (Aquaman) for quite some time after she accused him of assault. The legal battle has escalated to the tune of $150 million with defamation counters included on Depp’s end. Unfortunately for the Pirates of the Caribbean actor,  Depp lost his libel case against the U.K. tabloid newspaper The Sun that accused him of domestic abuse against his ex-wife Amber Heard twice over, and his career began and continues to shatter with controversy.

Now, it seems that there has been another advancement in the story, and one which sides with Depp’s innocence. According to Movie Web, Johnny Depp released LAPD bodycam footage of the night that Amber Heard accused Depp of a terrible blow-up and abusive fight, and now, we can see that Heard’s description of the night and the actual footage heavily juxtapose one another.

Depp’s attorney Adam Waldman noted that. “Amber Heard and her friends described a chaotic, messy crime scene but the newly released LAPD bodycam videos unambiguously show that the penthouse was utterly undamaged and that their testimony was one more grandiose lie.”

The article goes on to describe what the house looked like after the alleged fight, saying:

Of the night in question, Heard said Depp had hit her in the face with a phone. Her best friend Rocky Pennington said in a deposition that Depp had broken a wine bottle and left broken glass and spilled wine throughout the apartment. According to Pennington, Depp was “hitting everything with the wine bottle, just smashing it all off. So there was fruit on the floor and baskets and, you know, glass bottles and flowers.”

In her own deposition, Heard added: “He broke a lot of glass things that left glass on the floor … when he walked out into the hallway, you could see wine spilled all over the ground and wine on the walls and … and so I knew that at least he had gone through there and was like sloshing wine anywhere.”

From this, one could easily paint a picture of the state that the house must have been in. Wine covering the floor, glass is broken everywhere, truly a terrifying image and one that painted Depp in a very bad light. Now, the body cam footage that has been seen of the night shows exactly what the house looked like when police showed up, and there is nothing broken, no spills — evidently, the home looks pristine and tidy.

Brooke (@depplyhallows) shared all two parts of the bodycam footage, which you can watch for yourself below!

Apparently, officers Tyler Hadden and Melissa Saenz, a domestic violence specialist, arrived at the scene only 15 minutes after the attack was called in. Although they did not have a body camera on, in her deposition Saenz told Heard’s attorney Elaine, Bredehoft

“I did not identify her as a victim of domestic violence. We met with the victim, we checked the location, the husband wasn’t there, and that the victim advised us she wasn’t going to give us further information.”

It was two hours later that another set of officers came to take a look at the apartment with body camera equipment running which we can see in the videos.

“You can see clearly in the police bodycam videos that all the items Ms. Heard and her friends claimed Mr. Depp smashed to smithereens with a wine bottle off the island in his penthouse kitchen – glass, fruit, baskets, vases and candelabras – are in perfect condition and tidily in their place. Nor does the red wine they claimed that Mr. Depp splashed all over the light-colored hallway carpets and walls exist.”

At the moment, Depp has lost his battle with The Sun, a U.K. tabloid for the second time, but this evidence could sway in his favor during the U.S. court case in April 2022.

Because of all of this recent evidence, #JusticeForDepp, a hashtag that was created at the beginning of all the allegations, has become another trending topic on Twitter once again. With hundreds of thousands of fans signing petitions to keep him in the Pirates of the Caribbean franchise and Tweeting to support him, it is no surprise that once this evidence came to light, that his fans once again stood by Depp.

Below are a few examples of the Tweets collecting on Twitter under the hashtag.

Let me say this again….

Let me say this again….

By remaining silent, or by smearing Mr Depp, Mainstream Media is ensuring AH’s continued abuse of Mr Depp, and is driving the public towards #JusticeForJohnnyDepp.

In their own way, they are as abusive as her, as spineless as her friends, as soulless as Hollywood.

By remaining silent, or by smearing Mr Depp, Mainstream Media is ensuring AH's continued abuse of Mr Depp, and is driving the public towards #JusticeForJohnnyDepp.

In their own way, they are as abusive as her, as spineless as her friends, as soulless as Hollywood.

Everyone with a brain watching the LAPD bodycam vids & everytime the vids debunk AH and her cohorts claims. No hole in door, no wine stains, no glass or broken items strewn about. Kitchen island perfectly setup untouched. Josh in socks, AH calm watching tv. #JusticeForJohnnyDepp

Everyone with a brain watching the LAPD bodycam vids & everytime the vids debunk AH and her cohorts claims. No hole in door, no wine stains, no glass or broken items strewn about. Kitchen island perfectly setup untouched. Josh in socks, AH calm watching tv. #JusticeForJohnnyDepp pic.twitter.com/92jtZM3lAl

Stay tuned to Inside the Magic as we continue to follow along in the Depp legal battle saga.

Do you think that this evidence will help Johnny Depp win against Amber Heard?