Can Anyone Ever Replace Johnny Depp's Characters? Fans Speak Out - Inside the Magic 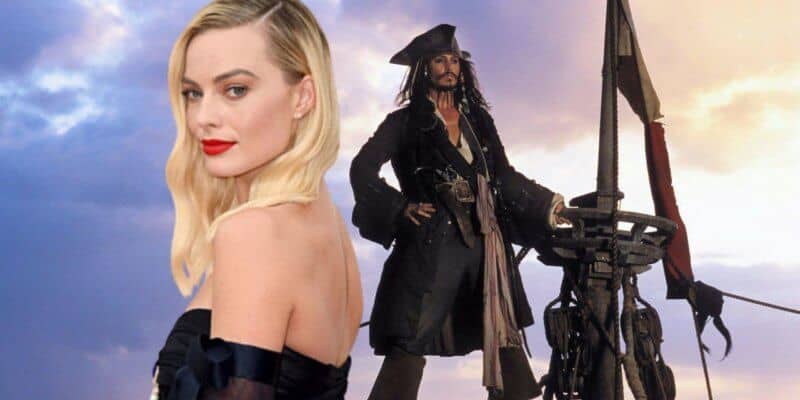 Johnny Depp has currently been under fire for quite some time over an intense legal battle with ex-wife Amber Heard. The Pirates of the Caribbean star was accused of 14 counts of abuse from Heard, to which UK High Court ruled against Depp, stating that the accusations were, “substantially true.”

The lost Libel case caused Depp to lose a major role: Gellert Grindelwald in Fantastic Beasts, the Harry Potter spin-off franchise. And more recently, even though it seems Disney made the decision to not move forward with Depp’s Jack Sparrow character in the upcoming Pirates film prior to Depp losing the case, fans are still wondering – Can you replace Johnny Depp in any role?

No matter what your stance is on the subject of Johnny Depp and the Libel case with Amber Heard regarding its validity, one fact remains true and that is that Johnny Depp is a fantastic actor. That being the case, replacing him means both Disney, Warner Brothers, and the actors who were chosen will have big shoes to fill — but will that be enough?

Although the more iconic role for Depp is obviously Jack Sparrow, considering we are discussing his replace-ability level, we should also look at Fantastic Beasts. So, let’s take a look at what is going on in both franchises, and see what the current stance is regarding a replacement, and what fans are saying.

If there is a franchise that people recognize Johnny Depp from, it’s Pirates of the Caribbean. Depp plays Jack Sparrow, the classic pirate with a constant drunk and quirky twist that really has carried the series from movie to movie with action, comedy, and depth. Until recently, rumors were swirling that Depp was being removed from the Pirates of the Caribbean franchise by Disney — and now we know it has been confirmed.

We recently reported that even before a verdict was cast upon Depp during his trial, Disney was deciding to part ways with Sparrow. It seems Disney is now much more interested in a female-led Pirates of the Caribbean with Margot Robbie at the helm, therefore, taking the ‘Jack Sparrow’ stature in the franchise. Although Margot Robbie is not playing an exact carbon copy of Jack Sparrow, by entering the Pirates of the Caribbean world as the head pirate, and without Jack to stand in her way, she truly is becoming the franchise’s captain.

Robbie is set to have her version of a pirate have LGBT+ sexuality, which is something not yet confirmed by Disney, but the actress openly discusses the desire to have it happen. The idea to place Margot in place of Johnny has truly struck a chord with the Pirates of the Caribbean fandom.

Below are just a few of many tweets that come up when you search Pirates of the Caribbean on Twitter:

How are they gonna make pirates of the carribeean without Johnny Depp, that man created a character everyone loved and its so sad he wont be playing because Heard fabricated such a huge lie against him.

How are they gonna make pirates of the carribeean without Johnny Depp, that man created a character everyone loved and its so sad he wont be playing because Heard fabricated such a huge lie against him.

They really think we’re watching pirates of the Caribbean without Johnny depp?

Well Disney we all know Pirates Of The Caribbean would be rubbish without #JohnnyDepp https://t.co/BdsghPeUZ8

And honestly, the tweets just get stronger and more profane as you go, the main thing we know here, fans DO NOT want to see Johnny Depp gone. In fact, after looking, there is not one tweet that says they are happy to see him no longer play Jack Sparrow.

As we mentioned earlier, Johnny Depp portrayed Gellert Grindelwald in Fantastic Beasts, and was asked by Warner Brothers to step down from the role. In a public letter, Depp announced that he would not put up a fight if the film no longer wanted him in it, but still stood his ground that the accusations against him were false.

Unlike Pirates of the Caribbean, Fantastic Beasts fully replaced Depp’s character like a simple swap. It’s as if we were at a restaurant and our fries fell on the floor and our server brought us new ones.

Mads Mikkelsen, an actor who also has a Disney tie after starring in Marvel’s Doctor Strange opposite Benedict Cumberbatch, has now taken on the role from Depp. Mikkelsen has even admitted that the swap happened without him being able to talk to Depp and that he would have loved to have the conversation.

And when we look to Twitter to see how Fantastic Beasts fans feel, it matches the same sensation as we have previously seen for Pirates of the Caribbean. I will post a couple, but you can clearly get the point: people do not want to see Johnny Depp recast.

Johnny Depp has been unfairly removed from Fantastic Beasts: The Crimes of Grindelwald. People Believe Mr. Depp, do you seriously (Warner Bros) think anyone will go to the movie?

Johnny Depp has been unfairly removed from Fantastic Beasts: The Crimes of Grindelwald. People Believe Mr. Depp, do you seriously (Warner Bros) think anyone will go to the movie?

Some fans such as Linda Jennifer A (@LindaSweden) are not even sure if streaming the films is a good idea as that only benefits Warner Brothers, the company that threw Depp to the curb.

Please I need advice everyone. Is it appropriate to watch Fantastic beasts crimes of Grindelwald? Not streaming have it on dvd so won’t be putting any money in WB’s pocket. I’m torn. Help me #DeppMovieNight #JohnnyDepp

Please I need advice everyone. Is it appropriate to watch Fantastic beasts crimes of Grindelwald? Not streaming have it on dvd so won't be putting any money in WB's pocket. I'm torn. Help me #DeppMovieNight #JohnnyDepp

Personally, this writer is a huge Johnny Depp fan, and without going into the politics of the allegations, still feels that his acting and character work isn’t replaceable. Unfortunately, even though many wish to see Depp reprise his starring roles in Pirates of the Caribbean and Fantastic Beasts, it seems that Disney and Warner Brothers are making sure that never happens.

Do you think Johnny Depp is replaceable?