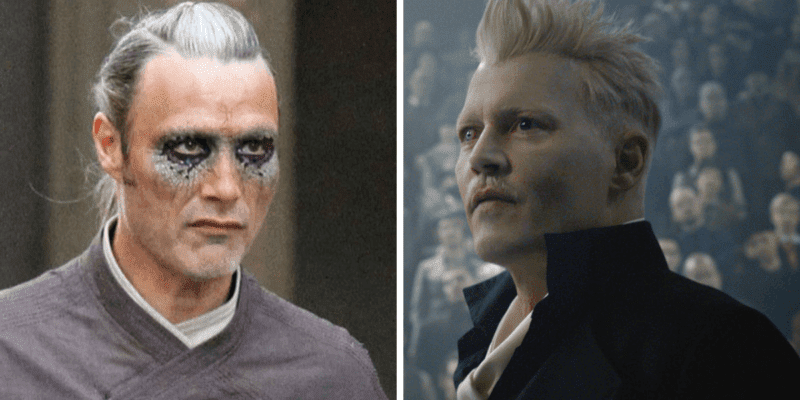 UPDATE: As of Thursday 26th November, it has now been confirmed by Warner Bros. that Mikkelsen will play Gellert Grindelwald in Fantastic Beasts 3.

According to an exclusive report by Deadline, a well-known Marvel and Star Wars actor is in talks to replace Johnny Depp as Gellert Grindelwald, after the actor lost his libel case against an English tabloid and was forced to leave the production. According to the report, the appearance of Mads Mikkelsen in Fantastic Beasts 3 is looking likely, despite the recent events leading to Depp’s departure.

If the report is accurate, Mikkelsen’s casting in Fantastic Beasts 3 will cement that Depp is out, something some fans still haven’t come to terms with. This is also the case for the Pirates of the Caribbean franchise as a petition to reinstate Depp has reached nearly 300,000 signatures.

BUT, could the Doctor Strange and Rogue One actor really join the Wizarding World?

Mikkelsen is in ‘early talks’ with Warner Bros.

It’s still early days as Johnny Depp has just left the production (and reportedly taken home $10 million for filming one scene). However, according to Deadline’s sources, Mikkelsen is director David Yates’ top pick for the role.

Yates is thought to be a big fan of the Danish actor who is said to be ‘in early talks’ with the studio.

If Mikkelsen is cast in the role, he won’t have a huge amount of Depp’s work to re-shoot, as the actor apparently only got through one day of filming before being asked to resign.

Is Mads Mikkelsen a good choice for Fantastic Beasts 3?

The actor seems like a suitable replacement for Johnny Depp, who had a minor role in Fantastic Beasts and Where to Find Them, and much more to do in its sequel: Fantastic Beasts: The Crimes of Grindelwald.

Mikkelsen is no stranger to playing deranged bad guys, as he portrayed the villainous Kaecilius in 2016’s Doctor Strange opposite Benedict Cumberbatch. He’s also notable for his role as Hannibal Lector in the Hannibal tv series, and Bond villain Le Chiffre in Casino Royale.

That’s quite the villainous resume. To some, Johnny Depp never quite lived up to the iconic performance of Ralph Fiennes as Voldemort, who played the character for most of the Harry Potter series. Perhaps, Mikkelsen is the actor to impress those who always felt that Depp was miscast. Only time will tell. However, if this is true, it’s pretty exciting and great news for the Fantastic Beasts franchise.

It’s important to remember that no casting information has been confirmed by the creators or Warner Bros.

Fantastic Beasts 3 still has no official title. It is currently filming and has been pushed back to Summer 2022, after initially being slated for a November 2021 release. The film is a spinoff of JK Rowling’s Harry Potter series and stars Eddie Redmayne as Newt Scamander and Jude Law as Albus Dumbledore. David Yates will once again direct, while JK Rowling has also written the script.

What do you think of the idea of Mads Mikkelsen in Fantastic Beasts 3? Let us know in the comments below.