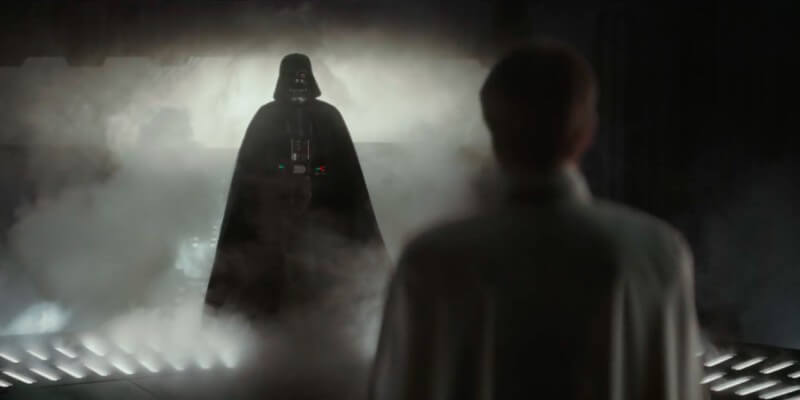 A brand new trailer for Rogue One: A Star Wars Story has just debuted during ABC’s Good Morning America.

The trailer reveals some background info on main character Jyn Erso’s character, particularly with regards to her father (played by Mads Mikkelsen) in a flashback when she was a little girl. Though it may help explain why she eventually joined the Rebellion, what ties her family has to the Empire remain unclear. And yes, there’s a new look at Darth Vader as well.

Director Gareth Edwards revealed a new poster for the new film on the Star Wars Show last night along with the news that there would be a final trailer coming Thursday. Comments Off on “Rogue One: A Star Wars Story” final trailer released