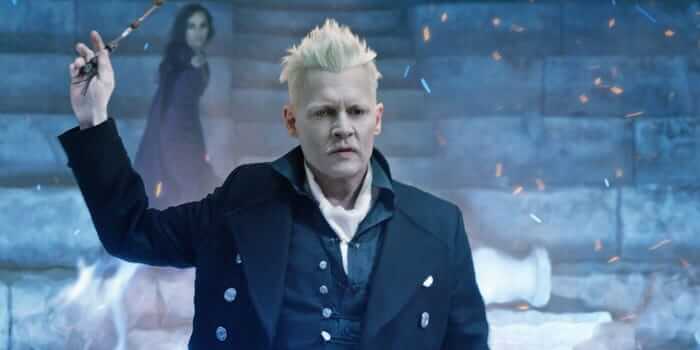 Last week, Johnny Depp found himself in the news for all the wrong reasons. The actor’s long-running libel lawsuit — which involved allegations of abuse against ex-wife Amber Heard — finally reached its conclusion and the verdict was not what he or his fans wanted.

As a result of losing the lawsuit, Depp has faced much fallout in recent days. First, it was reported that Walt Disney Studios had scrapped plans to bring him back as the iconic Captain Jack Sparrow in the possible sixth Pirates of the Caribbean installment — there is now a petition with nearly 300,000 signatures to let him reprise the role — and, then, the actor was dropped from Warner Bros. Fantastic Beasts franchise.

Depp had portrayed Grindelwald in the Harry Potter spinoff.

Now, Screenrant has reported that Depp is set to receive his entire $10 million salary for Fantastic Beasts 3, despite filming just one scene before his resignation:

Johnny Depp filmed only one scene for Fantastic Beasts 3 before he was asked to resign by Warner Bros., but will receive his full salary of over $10 million.

This just might go down as the most expensive scene in movie history.

It is worth noting that the second Fantastic Beasts movie, The Crimes of Grindelwald, was maligned by both fans and critics, which, according to Screenrant:

…led to Warner Bros. and Rowling taking some extra time to work on Fantastic Beasts 3. The threequel has also been delayed, like many Hollywood movies, due to the coronavirus pandemic. But in addition to its release date delays, the movie recently saw Depp exit Fantastic Beasts 3 as Grindelwald.

At this time, no official announcements have been made regarding the future of the third movie. Executives will, of course, face casting conundrums as they determine what should be done following Depp’s exit.

What do you think about the fact that Johnny Depp is still set to receive his full salary for Fantastic Beasts 3, to the tune of a cool $10 million?