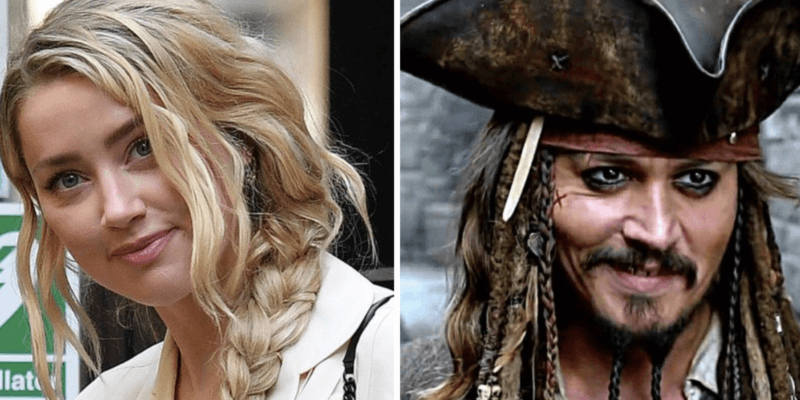 As the he-said-she-said that is Johnny Depp’s libel lawsuit against The Sun continues in court in London, new allegations have been brought to light. Actress Amber Heard, Depp’s ex-wife, issued a witness statement describing a “hostage situation” that allegedly occurred in Australia while the Jack Sparrow actor was shooting a Pirates of the Caribbean film.

Heard’s statement included many details about the alleged circumstances, such as this information from Deadline:

“The best way I can describe what happened in Australia is that it was like a three-day hostage situation. We were due to be there for three days on our own, but it was only when I arrived that I realized I was trapped in this remote place without any means to leave and that Johnny had already been using and had a bag of drugs.

“I was in a remote house, at least 20 minutes from help; where I could not leave; was trapped and isolated with a violent person suffering from manic depression, bipolar disorder and a pattern of repeated, drug-induced psychosis and violence, who was on a multiple-day drug and alcohol binge.

“Over the course of those three days, there were extreme acts of psychological, physical, emotional and other forms of violence. It is the worst thing I have ever been through. I was left with an injured lip and nose and cuts on my arms.”

Heard also offered a new explanation of how actor Johnny Depp came to gruesomely sever one of his fingers, purportedly during a drug binge. As per Deadline’s report, Heard indicated, “I didn’t actually see the finger being cut off, but I was worried that it had happened the night before.”

Earlier in the Depp libel trial, the Pirates of the Caribbean star stated that his finger was cut off when Heard hurled a vodka bottle at him during a violent argument.

It is worth noting that none of these allegations have been proven at this point and Depp is denying the vast majority of what Heard and her camp are suggesting as the lawsuit progresses.

Johnny Depp is currently unlikely to reprise his role as Captain Jack Sparrow if another Disney Pirates of the Caribbean movie is made, despite a fan petition to bring him back as the bumbling pirate.

What do you think about the Johnny Depp and Amber Heard hostage allegations? Have you been following Depp’s libel trial? Share your thoughts about the Pirates star’s legal troubles and domestic violence allegations in the comments.