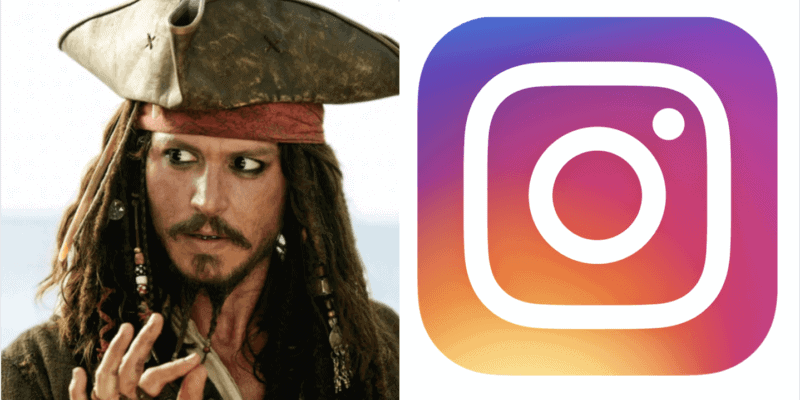 Johnny Depp, who has famously eschewed all forms of social media, officially joined Instagram 3 days ago. In the past 72 hours, Depp, who plays Captain Jack Sparrow in Disney’s Pirates of the Caribbean film franchise, has amassed 3.2 million followers.

Collaboration with my dear friend @jeffbeckofficial . Link in Bio

Depp quickly made two IG posts, both featuring him at home, presumably in the castle he owns near Saint-Tropez, France, if the stone walls are any indication. In his second post, a video, Depp stated, “This is my first experience within the world of social media…now is the time to open up a dialogue, as the threat of this invisible enemy has already caused immeasurable tragedy.”

As the 8-minute monologue goes on, Depp encourages his fans to “do something today that will benefit yourselves and others tomorrow. Do anything you think could be of use to brighten someone’s day.”

In a post yesterday, Depp used his new social media platform to share a new song, “Isolation,” that he produced and recorded with “dear friend” and musician, Jeff Beck. British-born rocker Beck is the guitarist for The Yardbirds.

sent with love from @jeffbeckofficial and me

What’s Next For Johnny Depp and Disney?

Amid Depp’s court battle with ex, Amber Heard, Walt Disney Studios dropped the famous POTC actor from the film franchise. As the situation between Depp and Heard has continued, though, things have gotten murky in regard to whether or not Depp could actually reprise his role as Captain Jack Sparrow in a sixth Pirates of the Caribbean movie.

After an audio tape featuring Heard was leaked, Depp fans began petitioning online for the Walt Disney Company to reconsider his dismissal from POTC. Then, in February of this year, rumors surfaced that Depp may return to play the irreverent Captain of the Black Pearl in future movies.

Will you be following Johnny Depp on Instagram? Tell us your thoughts on the Jack Sparrow actor’s recent posts about the coronavirus pandemic in the comments!