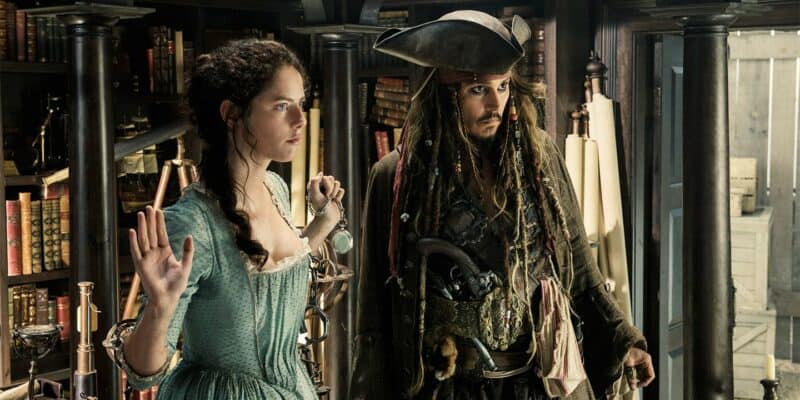 Johnny Depp has been at the center of the Pirates of the Caribbean franchise for quite some time now, so much so that the films seem to now revolve around him. After five movies, and a ton of financial revenue at the box office, and multiple Disney attractions that have Guests coming back for more, Johnny Depp has truly made his claim on the role. Recently, as we have discussed in great detail, Disney has parted ways with Depp.

This separation and turmoil within the franchise that was caused by the booting of Depp has left many wondering what will happen with Pirates of the Caribbean 6. After Amber Heard wrote a public letter claiming Johnny Depp abused her, things started to take a turn for the actor. Depp lost a case against The Sun, a U.K. tabloid who sided with Heard’s description of what happened, as well as his appeal. Although Heard continues to stand by her original claims, Depp continues to state that they are false. Neither party has been convicted as innocent or guilty.

When the news was announced, petitions were formed to keep Depp in the role. Since then, some have said they are going to boycott the franchise, especially once it was announced that Margot Robbie would be taking over a similar leadership “Jack Sparrow” role in the female-led spinoff of the franchise. Now, with Pirates of the Caribbean 6 reportedly in the works, we have wondered who could take over for Johnny Depp — if anyone. So will Depp return after starring in five films and being booted by Disney? Likely not, but that doesn’t mean another popular Pirates actor won’t.

As we mentioned, Kaya Scodelario (Carina Barbossa) is a character many may expect to return, and one that would likely be contractually obligated to. Express noted that in 2017 Scodelario spoke about making a return to the series in the future and revealed her comeback is essentially guaranteed after
Pirates of the Caribbean: Dead Men Tell No Tales – on paper. She said: “Well, when I signed up for the first one, I signed up for two movies. So I am contractually obliged, but I’d love to [do it].”

From this, we can see that Disney already had planned for the sixth film when signing on Scodelario. It seems that the actor would love to see her character take on a bigger role. “I think there’s a lot we can still do. I’d like to see a Carina who takes the helm of Barbossa on the sea – have her own all-female pirate crew.” This spin would sound very similar to the Margot Robbie spin-off which would be a female-centric film, and sounds like it would be perfect. That being said, it is not Scodelario’s decision on what film her character would appear in, nor the storyline, and Robbie’s film is said to not include characters we have seen from the franchise previously.

Who would you like to see return in Pirates of the Caribbean 6?