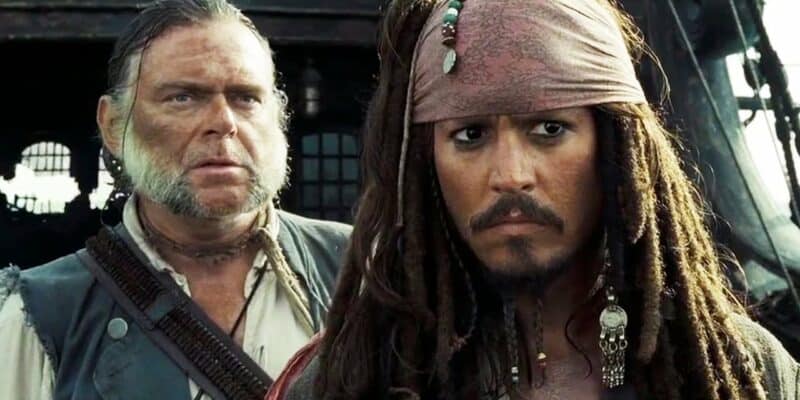 Pirates of the Caribbean star Kevin McNally — who played Joshamee Gibbs opposite Johnny Depp’s iconic Captain Jack Sparrow — has spoken out about his latest endeavor, a cryptic role in the legendary BBC series, Doctor Who.

Doctor Who began airing on November 23, 1963 and has, to date, featured just over a dozen Doctors including Matt Smith, David Tennant, Christopher Eccleston, William Hartnell, and Patrick Troughton.

Jodie Whittaker, the first female to play the title role, is about to end her run as the 13th Doctor, leading fans to speculate about who may be occupying the TARDIS next. Although there is no confirmation that McNally will be taking up the mantle, many fans have begun prematurely congratulating the 65-year-old actor online.

McNally, who was promoting his new movie Decrypted, shared: “I’m in the last three episodes [of the current season of Doctor Who]. It was great fun. I’m not allowed to say who I am until they do, apparently.

“I did see a post of me in it and I’ve got to be very careful on social media because I put it on social media and said, ‘Oh look, the cat’s out of the bag!’ And I had to put this note on saying, ‘I am not claiming I’m the new Doctor Who!’”

He explained that, naturally, excited fans had already started replying saying: “Congratulations! Great! Just what we need is you as the new Doctor Who!”

At this time, Olly Alexander and Michael Sheen are frontrunners to play the 14th Doctor, but there has been no confirmation of who will play the Time Lord next.

While McNally has been busy with projects like Doctor Who and Decrypted, Pirates of the Caribbean leading man Johnny Depp has been dealing with his own fair share of drama offset.

If you haven’t followed the ongoing Johnny Depp vs. Amber Heard case, in November 2020, the Alice In Wonderland star lost his libel lawsuit against U.K. News Group Newspaper publication, The Sun, for their report that he had allegedly engaged in domestic violence — including a reported “hostage” situation during a Pirates of the Caribbean shoot in Australia — against ex-wife Amber Heard (Aquaman, Aquaman and the Lost Kingdom) on multiple occasions.

Related: VIDEO: Orlando Bloom returns as Will Turner in new ‘Pirates of the Caribbean: Dead Men Tell No Tales’ trailer

Would you like to see Pirates star McNally take over as Doctor Who?

Comments Off on ‘Pirates’ Star Prematurely Excites Fans, Congratulated on Being “the New Doctor Who”