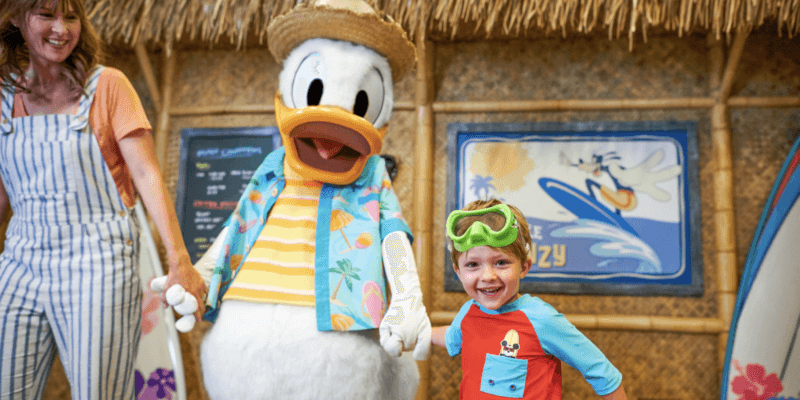 Today, Disneyland Resort also announced that the PCH Grill at Disney’s Paradise Pier Hotel would also be closing permanently. The news was reported by The Orange County Register:

The beachy and seaside-inspired PCH Grill offered up Disney character buffet breakfast and brunch along with an Italian dinner buffet.

PCH Grill employees were told the restaurant will be taken over by an operating participant and will no longer be a Disney-operated location.

The move to permanently close PCH Grill also seems to be confirmed in a Google search — the restaurant shows up as “Permanently Closed” when searching for information on it.

Donald’s Seaside Breakfast let kids, and kids at heart, enjoy a delicious meal and meet some of their favorite Disney characters, who would be visiting in their best beach attire!

Exclusive to breakfast—catch a wave with Donald and some of his BFFs as they serve up a delectable buffet in your favorite beach setting.

Don’t forget to save some room on your plate for a heaping helping of fun with Donald and the gang. You’ll want to take lots of pics and collect autographs for a calorie-free pièce de résistance, so pack your camera!

While Donald’s Seaside Breakfast and Brunch will no longer be available at the PCH Grill, it is possible that Disney could choose to relocate the character meal — and maybe even decide to give it a retheme to better fit into a new space.

There is currently no word as to what restaurant will take over or when Disney hopes to have another restaurant operating out of the space.  Disney’s PCH Grill has been closed since the theme parks were forced to shut down because of the pandemic in March 2020.

Are you sad to see the PCH Grill at Paradise Pier Hotel close? Let us know in the comments!

CLICK HERE to book your fun-filled Disney vacation today with our friends at Academy Travel!