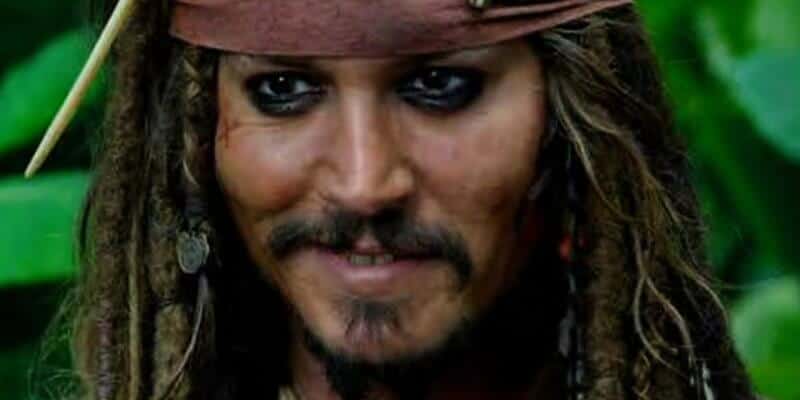 When Pirates of the Caribbean: Curse of the Black Pearl (2003) released, it introduced fans to Captain Jack Sparrow (Johnny Depp) — and the rest is history, savvy?

The Pirates of the Caribbean franchise became an iconic part of the Disney catalog, sparking four follow-up films with a reported sixth movie — starring actress Margot Robbie — on the way. It is not known if other characters, such as Captain Barbossa (Geoffrey Rush) or Davy Jones (Bill Nighy) are expected to return.

The movie series was based on the Disney Parks ride of the same name. Through the years, it has even featured numerous references to the original theme park attraction, including the prison dog with keys in his mouth!

The original Pirates film, however, wasn’t predicted to meet with the success it did. Director Gore Verbinski recently spoke about the franchise’s humble origins and how everyone around him thought The Curse of the Black Pearl was doomed to fail. Apparently, it was considered the “worst idea ever.”

“I remember pitching [the film] to [composer Hans] Zimmer and he said, ‘You’re mad! You’re making a pirate movie? Nobody’s going to see a pirate movie.’ It was resoundingly, ‘that’s the worst idea ever.’ And there was something exciting about that. It was so doomed to fail. You’re setting out to go make a genre that literally doesn’t work, or there’s so much historical proof that it will not work. So, you’re making everybody nervous. The studio’s nervous. Everybody’s nervous about Johnny Depp’s performance. Everybody’s nervous about the story. It’s convoluted – they’re returning the treasure, wait they’ve taken the treasure back, they’re cursed? Everything about that had a spirit of madness to it.”

Related: Keira Knightley Admits ‘Pirates of the Caribbean’ Elizabeth Swann Was Not a Dream Role

Fans of the franchise love Johnny Depp’s character so much, in fact, that a petition for him to return as Captain Jack once more has recently reached 500,000 signatures.

Depp was let go from the Disney movie franchise following his libel case loss in the United Kingdom. Depp and his ex-wife Amber Heard have been embroiled in a bitter lawsuit involving a number of domestic violence allegations that were originally printed in the U.K. tabloid newspaper The Sun.

There have been some unconfirmed reports that Walt Disney Studios might consider Depp’s return if he were to win a retrial. However, nothing has been confirmed by Disney at this time.

What do you think? Are you glad Pirates of the Caribbean defied expectations and became a smashing success?