600K+ Disney Fans Speak Out: Want Depp Back For 'Pirates 6' - Inside the Magic 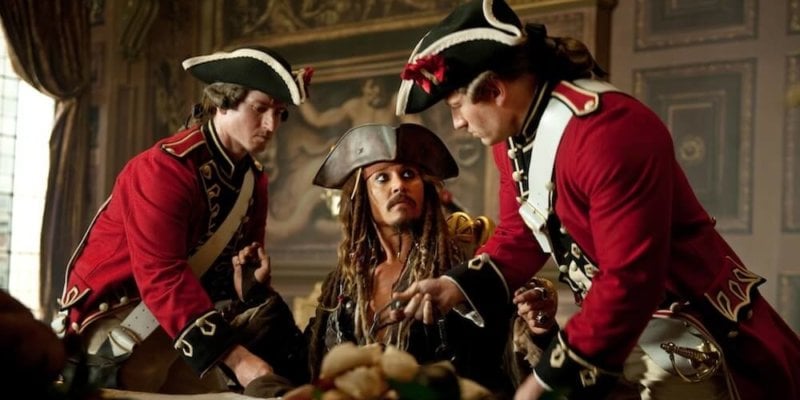 This article has been updated since it was originally published to include the most recent status of the petition.

If there is one thing that the Johnny Depp controversy has proven to be true, it is that fans hold a lot more power than some may think! Once the allegations against Mr. Depp came out from ex-wife Amber Heard (Aquaman), Depp was locked in a libel case battle reading domestic abuse claims made in a U.K. tabloid newspaper calling him a “wife beater”, on top of a $150 million court case lawsuit between the ex-couple.

All of the negative press caused the Pirates actor to step down from his role as Gellert Grindelwald in Warner Bros. Harry Potter spin off Fantastic Beasts 3. Mads Mikkelsen is currently set to take over Depp’s character in the Fantastic Beasts franchise. After that, Disney announced the Pirates of the Caribbean would carry on the franchise sans Mr. Depp, and that set off quite the storm for fans.

A Change.org petition came to fruition where fans were banning together to publicly show their support for Depp. The petition entitled “We want JOHNNY DEPP back as CAPTAIN JACK SPARROW” quickly gained traction with hundreds of thousands of supporters signing on.

Disney is rebooting Dead Men Tell No Tales because of its box office but don’t they know that without Johnny Depp or Jack Sparrow  they will sink, they will never be able to reach that horizon they are looking for.

We previously reported that there were rumors which suggested that Disney was back on board with Depp, and wanted Captain Jack Sparrow to reprise his role in the franchise after seeing the immense support for the actor on the petition. That being said, that is currently still a rumor, and Disney has not publicly announced any return for Depp in Pirates of the Caribbean 6. That film will actually take place in the same world as the previous films, but with a new female-driven cast including Margot Robbie stepping in as the new head pirate.

For now, however, although Depp does not seem to currently be confirmed to reenter the Pirates franchise through film, Disney has not given any indication that the Depp-inspired Jack Sparrow animatronic will be removed from the theme park attractions or that the character will no longer appear at the parks.

Stay tuned to Inside the Magic as we continue to give you the most up-to-date information on Johnny Depp’s involvement with Disney and Pirates of the Caribbean.

Do you think that Disney will ask Johnny Depp to reprise his role as Jack Sparrow in a future Pirates of the Caribbean film?