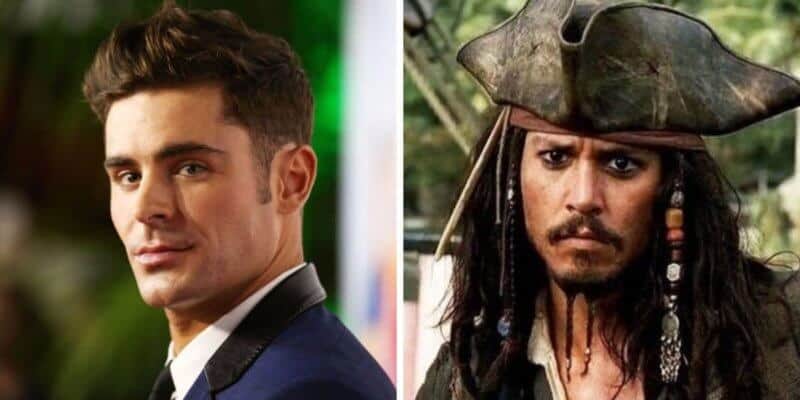 It wasn’t that long ago that Disney fans everywhere had learned about the reboot of the popular film franchise Pirates of the Caribbean. The franchise’s last film was only released a few years ago, in 2017, but this hasn’t stopped Disney from deciding to make a reboot!

This isn’t surprising as the first film was very well-received by critics and fans and was an overall success. Fans were extremely excited each time Disney announced another pirate of the Caribbean movie, so it only makes sense to keep the buzz going by creating another film. (Bring on Captain Jack Sparrow!)

In case you aren’t caught up, here is a list of films in order of release:

Related : Depp Reportedly Wants Back In on ‘Pirates’, Disney Could Make It Happen

Depp Back on Board? Disney Reportedly Considers Petition for Actor’s Return!

Overall, the Pirates of the Caribbean franchise grossed .5 billion worldwide, with each film performing very well at the box office. This isn’t surprising considering it had an outstanding cast, including Johnny Depp as Captain Jack Sparrow, Orlando Bloom as Will Turner, and Kiera Knightly as Elizabeth Swann.

But with the reboot happening, it has left a lot of fans wondering what characters would be returning to the reboot and who would portray these characters? Will Johnny Depp return as Captain Jack Sparrow? Will we see Orlando Bloom and Kiera Knightly’s on-screen romance continue as Will Turner and Elizabeth Swann continue their relationship? Well, here’s what we know so far.

The reboot of the Pirates of the Caribbean is already in the process, and it looks like it will involve new characters and original characters.

According to some reports, Zac Efron is in talks of portraying the one and only Jack Sparrow. Yes, the High School Musical actor may be filling the shoes of Johnny Depp and taking on the role of the clever pirate.

The directors of the Pirates of the Caribbean film include the creator of Chernobyl, Craig Mazin, who you also may know from The Hangover 2 and 3. Also returning is Ted Elliott, the veteran Pirates of the Caribbean screenwriter. Previously the writers of Deadpool and Zombieland, Rhett Reese and Paul Wernick, were on the project but decided to back out.

If you want to catch up on the films before the reboot is released, you can stream the Pirates of the Caribbean films on Disney+. If you aren’t yet signed up for the service, you can start here.

Are you excited to see another Pirates of the Caribbean film? Let us know in the comments.