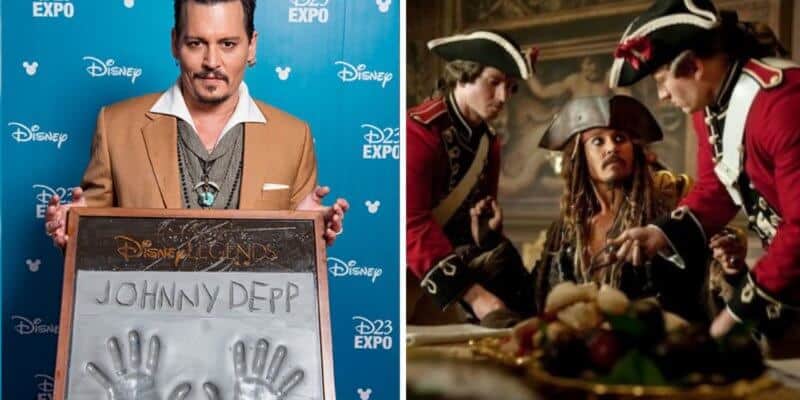 Johnny Depp fans have lately been confronted with lots of negative news and outcomes for the Pirates of the Caribbean actor, but that doesn’t mean they are giving up the fight to bring him back to the Disney franchise. The petition to save Johnny Depp as Jack Sparrow is continuing to grow at rapid speed.

Johnny Depp had been locked in a libel case battle with his ex-wife, Amber Heard, during a stressful 16 days in 2020. Unfortablely for Depp and his fans, United Kingdom’s High Court ruled in favor of Amber Heard, leaving the Jack Sparrow actor guilty of domestic violence and abuse, according to law.

As one may imagine, having someone criminally convicted of claims such as domestic abuse typically does not bode well for employers, including Disney. In November, rumors began to swirl that Disney was planning on removing Depp’s Sparrow from Pirates of the Caribbean 6, and fans quickly jumped to Johnny’s rescue.

An online petition on Change.org was filed entitled, ‘We want JOHNNY DEPP back as CAPTAIN JACK SPARROW’ — which clearly states the petition’s goal. When we initially reported on the Johnny Depp petition, there were under 300,000 names on the petition, and the notion of Depp no longer playing Sparrow was just a rumor. Therefore, the Sparrow-saving petition was solely preventative at its creation.

Now, we know that Disney officially no longer plans to use Johnny Depp as Jack Sparrow in Pirates of the Caribbean 6, and the petition is picking up a spark — but this time, with a cause.

Fans are beginning to Tweet out the Johnny Depp petition again to save him as Captain Jack Sparrow now that it is public knowledge that Disney is scrapping Sparrow’s return. The below Tweet from Ceasardragon99 (@XQlima) is only one of the many identical Tweets that will pop up when you search ‘Johnny Depp Petition’ on Twitter — and more keep coming in all over social media.

The Change.org petition is now shy of 400,000 signatures; with this momentum, it will likely hit its goal of 500,000. The petition description pleads:

Disney is rebooting Dead Men Tell No Tales because of its box office but don’t they know that without Johnny Depp or Jack Sparrow  they will sink, they will never be able to reach that horizon they are looking for.

Since Johnny Depp lost the libel case, he not only lost his role as Jack Sparrow but also was asked by Warner Bros. to step down from his role as Gellert Grindelwald in Fantastic Beasts 3. Mads Mikkelsen is currently set to take over Depp’s character in the Fantastic Beast franchise. As you can see from the petition and the endless amounts of Tweets that Depp fans are continuously posting that signify their allegiance to the actor, people are not giving up on Johnny.

The love Depp fans have for his work on Pirates and many other films is so strong that the hatred towards his ex-wife Amber Heard is only growing. A petition to drop Amber Heard from Aquaman 2 was boasting almost 2 million signatures months ago, right when Depp was convicted of what he continues to deem as false claims.

Coming into 2021, Depp has written his fans a letter of optimism which, in subtext, hints at Depp forgiving those who have wronged him. However, with the petition again gaining traction, fans are not yet ready to allow Jack Sparrow to go down with his ship.

If Johnny Depp is not helming the franchise, many fans have been left wondering what will happen with the storyline. The Pirates franchise is working on a female-led film that will take place in the world of Pirates of the Caribbean but with a new cast.

Margot Robbie has been deemed the new ‘Jack Sparrow’ as she will be the lead pirate of the film, much like Depp did when he was playing Sparrow. At the moment, we do not know much about Robbie’s character or the female-centric movie aside from Margot’s looking to her pirate to belong within the LGBT community.

Do you think that Johnny Depp should continue to play Jack Sparrow? Would you sign the petition to keep Depp in Pirates of the Caribbean? Let us know your thoughts on the controversy.