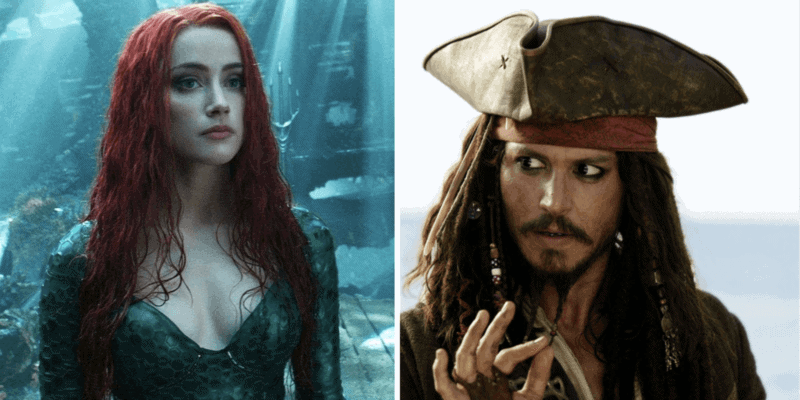 Actor Johnny Depp — who is arguably best known for his role as Captain Jack Sparrow in Disney’s Pirates of the Caribbean franchise and his forays into the weird and wonderful with Tim Burton — has faced a career downslide lately following the verdict in his London libel case against the UK’s Sun newspaper.

Depp has been dropped from both the Harry Potter spinoff Fantastic Beasts 3 — he played Grindelwald — and the potential upcoming Pirates of the Caribbean 6 — though, there are rumors Disney would reconsider firing him if he were to win a retrial.

Furthermore, there is a petition that is nearly 300,000 signatures strong to bring Depp back to reprise his iconic role as Captain Jack.

Now, fans of the actor — who are decidedly not fans of his ex-wife (and domestic violence accuser), actress Amber Heard — have begun a petition to get her axed from the upcoming Aquaman 2. Heard plays Mera in Warner Bros. movies based on the DC Comics series.

The petition, which has a goal of 3,000,000 signatures, is well on its way. It currently has over 1.6 million signees, which proves that many movie fans are not thrilled with the outcome of Depp’s libel suit — and, perhaps, believe that Heard was more in-the-wrong than the outcome of the civil case indicates.

The petition asserts that Heard is at-fault for much of the violence and unrest in she and Depp’s volatile marriage — these are, of course, mere allegations that remain unproven and are likely to be hashed-out during the legal appeals process in Great Britain.

In part, the petition page reads:

As Amber Heard is a known and proven domestic abuser, Warner Brothers and DC Entertainment should and must remove Heard from their Aquaman 2 film project. They must not ignore the suffering of Heard’s victims, and must not glamorize a domestic abuser.

Men are victims of domestic abuse, just like women. This must be recognized, and action must be taken to prevent a known abuser from being celebrated within the entertainment industry.

Do the right thing. Remove Amber Heard from Aquaman 2.

You can add your signature to the Aquaman 2 petition here.