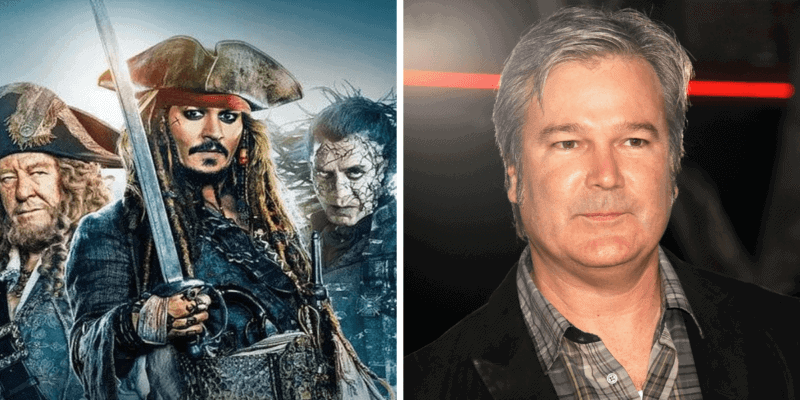 The fractious libel case between Johnny Depp and a tabloid newspaper has seen nearly 300,000 fans petition for his return to the Pirates of the Caribbean franchise. However, in my opinion, it’s not Depp that the series needs; it’s director Gore Verbinski.

He’s an academy award-winning director with a number of hits under his belt including Rango and (the slightly less well-received) The Lone Ranger. At one point, he was even pegged for the Bioshock movie, a Hollywood adaptation of the popular horror game.

But why do I think Pirates needs Gore Verbinski right now?

Related: Everything You Need to Know About ‘Song of the South’

The Pirates franchise has flailed since Verbinski left

It’s not particularly controversial to say that Pirate movies have lost their mojo since Verbinski left the franchise. Both On Stranger Tides and Dead Men Tell No Tales saw mediocre reviews and many reviewers felt that the franchise had lost its mojo.

If you go back and watch Curse of the Black Pearl you’ll see a movie that feels completely different to POTC five. It’s full of character, energy, little quips, and most of all; a sense of dramatic identity. The newer films feel a lot more like Hollywood cash grabs, while Verbinski’s trilogy focuses on character.

Jack Sparrow feels like a human being in the first movie and he’s only more fleshed out in Dead Man’s Chest and At World’s End. He makes genuine human decisions that make sense for his character. He betrays Will, but ultimately saves him at the cost of his own immortality. In a deleted scene in At World’s End, he even reveals that he was hunted by the East India company for freeing a ship full of slaves (why Disney removed this fantastic bit of character development, I’ll never know). These films expand on the conflict of the first movie while maintaining a semi-serious tone that puts drama ahead of comedy.

Both movies also performed super well, with At World’s End having the highest opening weekend of any movie in 2007. Verbinski is may be known these days for his psychological thriller A Cure for Wellness (and his many music videos), but he can absolutely pull in an audience.

Captain Jack Sparrow has become a crutch for the series

Look at any article about Depp’s fall from grace and you’ll see countless comments that read ‘there is no Pirates of the Caribbean without Johnny Depp‘. And yep, in its current form, that’s 100% true. That’s because Disney has treated it more like a cash cow than a carefully curated franchise with real characters and a flowing narrative.

It’s not exactly comparable, but if Pirates had been shown the same level of creative direction that Marvel – Disney gives the MCU, I don’t think people would say the series wouldn’t work without Depp.

As it stands, Disney has made Jack the main character. Though you can argue this has been the case since At World’s End and Dead Man’s Chest, Gore Verbinski‘s well-written romantic leads still had just as much to do as Depp’s swaggering captain in these films. He understood that Jack just doesn’t work when he’s the focus. He needs to play off a Will and Elizabeth pair or he just becomes a goofball.

However, the biggest problem with the current movies is tone. Save a few serious moments, the series has just become too silly. The Pirates of the Caribbean movies originally felt raw, dark, and gritty, just like the ride. Ok, so they weren’t exactly Saving Private Ryan, but they definitely felt a little more adult. I remember being a kid and being thrilled and even scared when watching Curse of the Black Pearl. We need that edge back.

So how would getting Gore Verbinski back help?

It’s my opinion that Verbinski should direct the next Pirates of the Caribbean film. He’s a director with a proven track record in making box office hits that actually have substance.

However, most importantly, he’d bring a heart back to the Caribbean series. And I’m not talking about the heart of Davy Jones. It Disney is to proceed without Depp (and with Margot Robbie as the lead) it should bring back Verbinski to make these movies exciting again.

He could remove all but a few references to and characters from the past movies and make a film that is self-contained and small-scale. Not every pirate film has to deal with the end of the world; The Curse of the Black Pearl taught us that.

Furthermore, his work in the horror genre gave the first film its welcome edge. I’d like to see dark imagery like zombie pirates make a return in the future. Let’s give kids something a little bolder; something that they’ll be daring each other to go and see.

Most of all, I’d love to see Pirates go back to being a whimsical, swashbuckling adventure with genuine depth, instead of the silly mess of ideas it’s become.

Whether that’s with or without Depp, one thing’s for sure; it should be with Verbinski.

Should Disney bring back Gore Verbinski for the next Pirates feature film? Let us know in the comments below!