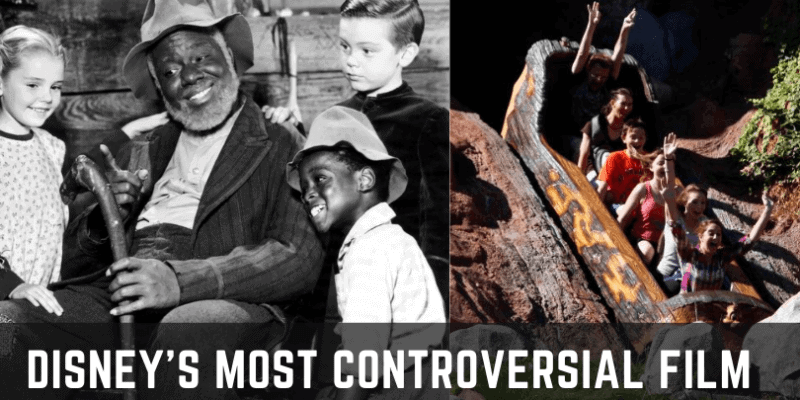 Song of the South, the 1946 Disney movie directed by Harve Foster and Wilfred Jackson, remains the mouse’s most controversial endeavor.

The half live action and half animated movie has been called many things by many people, including many who say it is “a racist movie.” Is this deserved? The conversation about this movie is especially prevalent among those who follow Disney theme parks since the Splash Mountain attraction is based on Song of the South.

But what is Song of the South and why do people still discuss it nearly 75 years after its release?

What is Song of the South about?

Song of the South is based on the Uncle Remus stories by American author Joel Chandler Harris and tells the story of Johnny, a white boy who goes to live on his grandmother’s plantation. There he meets Uncle Remus, an African American former slave, who teaches him life lessons through the stories of Br’er Rabbit, which come to life as the animated characters typical of 1940s Disney.

Here’s the synopsis of the setting, with information taken from a Walt Disney promotional leaflet:

‘The film is set on a plantation in the southern United States; specifically, some distance from Atlanta, Georgia. Although sometimes misinterpreted as taking place before the American Civil War while slavery was still legal in the region, the film takes place during the Reconstruction Era after slavery was abolished. Harris’s original Uncle Remus stories were all set after the American Civil War and the abolition of slavery. Born in 1848, Harris himself was a racial reconciliation activist writer and journalist of the Reconstruction Era. The film makes several indirect references to the Reconstruction Era: clothing is in the newer late-Victorian style; Uncle Remus is free to leave the plantation at will; black field hands are sharecroppers, etc’

The response to Song of the South

Song of the South has received both praise and condemnation.

Song of the South has been called out for having racism weaved into the writing of its story, setting, and characters, and it was considered to be problematic by scholars of race years before the Black Lives Matter movement brought it into the spotlight.

The most commonly cited problem is what critics call the film’s idealized version of post-Civil War America, where slavery had only just been abolished. The Guardian was chief among those who find this element to be uncomfortable, writing:

‘The subtle low point of the film comes in Remus’s narration just before Zip-a-Dee-Doo-Dah, when he reminiscences about how things were “a long time ago,” when “every day was mighty satisfactual”. “If you’ll excuse me for saying so,” he adds, “’twas better all around.’

The infamous “tar baby” scene has also been met with negativity in the same way that “gollywog” dolls are: for promoting a Black caricature. This scene was cut from all subsequent American television airings though the model was featured in 1988’s Who Framed Roger Rabbit.

Scholars also tend to agree that Song of the South‘s portrayal of Uncle Remus is based on the “Uncle Tom” mold, a racist portrayal of a Black person known for its stereotypical dialect (see also the Jim Crow stereotype used in Dumbo). However, this controversy isn’t new, as people called the film racist even at the time, with social groups like the NAACP commenting;

“…the production helps to perpetuate a dangerously glorified picture of slavery. Making use of the beautiful Uncle Remus folklore, Song of the South unfortunately gives the impression of an idyllic master-slave relationship which is a distortion of the facts.”

Paradoxically, however, the film also saw widespread acclaim upon release. Song of the South includes a myriad of famous songs (also included in the Disney theme parks) such as “How Do You Do” and “Zip-a-Dee-Doo-Dah,” the latter of which won the Academy Award for best original song. A special academy award was also given to James Baskett “for his able and heart-warming characterization of Uncle Remus, friend and storyteller to the children of the world in Walt Disney‘s Song of the South.”

However, as a Black man Baskett couldn’t attend the film’s premiere at the theater, as racial segregation was still law in Atlanta at the time.

Related: OpEd: Disney Needs to Stand Firm Against Racism and Oppression in the Face of China, Too 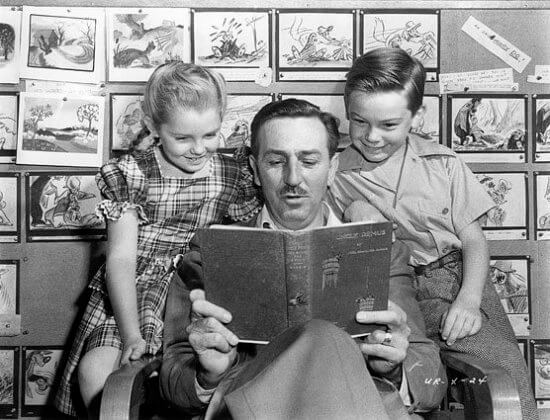 “Since 2000, SongoftheSouth.net has been the Internet’s largest web site dedicated to providing the most information on Walt Disney’s Academy Award-winning and controversial film Song of the South, based on the Tales of Uncle Remus by Joel Chandler Harris.”

The site features a change.org petition (currently sitting it around 6,000 votes) to release Song of the South on Disney Plus, as well as an article titled “In humble defense of Song of the South,” where the author attempts to defend the most common issues with the film, starting with the portrayal of Uncle Remus:

“The character of Uncle Remus, played admirably by James Baskett, is depicted as a wise, kind, and carefree elderly man who enjoys telling stories to a younger audience, regardless of whether they’re black or white. This is established right at the beginning.”

However, this writer isn’t the only person to advocate a release of Song of the South, as in 2017 Black actor Whoopi Goldberg told Yahoo news that she also sought for the release of the film to encourage a dialogue about historic racism:

“I’m trying to find a way to get people to start having conversations about bringing Song of the South back … So we can talk about what it was and where it came from and why it came out.”

How do I watch Song of the South?

Disney has not released the film on its streaming service, Disney Plus, and it likely never will. Some argue that Disney should bring it to the streaming service, albeit with added cultural sensitivity warnings as they did for Dumbo and Lady and the Tramp.

However, if you have any doubt as to whether Song of the South will ever be available for streaming, just listen to former Disney CEO Bob Iger. In March of 2020, when asked whether the film would see a release, he described it as “not appropriate in today’s world” and confirmed that it wouldn’t be suitable for release even with an “outdated cultural depictions” disclaimer.

The film has never seen a DVD / VHS release in the US either, though it has been made available in other countries. VHS copies on eBay can fetch as much as $400.00, while the last theatrical screening in the US was in 1986.

Related: Disney+ will not make “Song of the South” or the Jim Crow scene from “Dumbo” available for streaming

Everything else you need to know about Song of the South

Song of the South remains the Walt Disney Company’s most divisive endeavor. The question of whether to give it a home release moved through several elite Disney heads, with 1984-2005 CEO Michael Eisner reportedly requesting that the character of Uncle Remus be ignored in the Splash Mountain ride adaptation.

While imagineering using Song of the South was free of controversy for the most part as it only used the Br’er characters, Splash Mountain at the Magic Kingdom will be rethemed to The Princess and the Frog, following social outcry off the back of the Black Lives Matter movement.

Song of the South remains Disney’s most controversial film 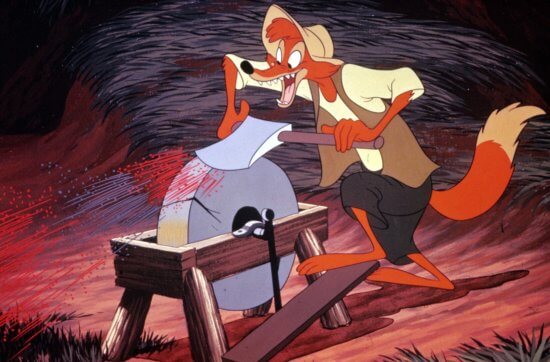 Many film and social studies scholars agree that the film is outdated, while others find that it presents an uncomfortably rose-tinted view of the systematic racism the world is fighting so hard today. Academics and Disney fans alike have noted that the film presents its former slaves as stereotypical and simplistic in comparison to their white counterparts, particularly in regard to their attitude toward living on a plantation.

On the other hand, there are also those who feel that the film is “of its time” and that its simplified look post-slavery America fall in line with the simplicity of other Disney animated movies of the time. Song of the South defenders argue that films like Snow White and The Seven Dwarves and Sleeping Beauty — though widely considered to be classics — present an equally “stripped down” and “fairytale” look at their respective cultures, with a plain view of good and bad without the baggage of real world horrors.

Joel Chandler Harris himself has also been accused of appropriating African American culture, though while still alive Harris actually pushed for racial reconciliation and equality at a time where such ideas were considered radical. In his book, Reading Africa into American Literature: Epics, Fables, and Gothic Tales, Keith Cartwright argues that, “Harris might arguably be called the greatest single authorial force behind the literary development of African American folk matter and manner.” Despite this, other scholars have found his use of Black folklore to have the opposite effect, as writer Alice Walker accuses Harris of “stealing a good part of my heritage” in her essay “Uncle Remus, No Friend of Mine.”

The future of Song of the South 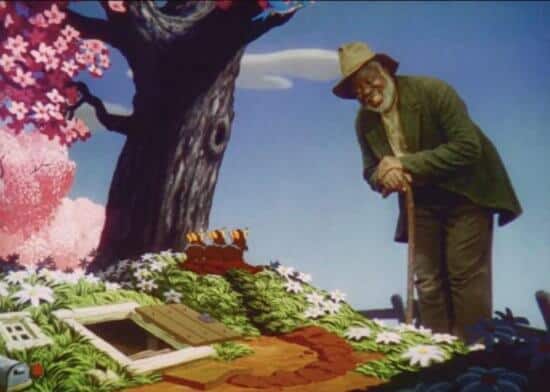 Though the debate with its vocal fanbase continues, the opinion from Disney seems to be that it is for the best that Song of the South remains unreleased. Though it doesn’t mention slavery, its depictions of Black people undeniably offended a substantial portion of Disney fans, Black or otherwise. For a company that welcomes everyone regardless of race, sexuality, or religion, a film that excludes so many will likely never be released or referenced again.

It’s clear that Disney has committed itself to improving cultural diversity and portrayals of the Black community in film and theme park alike, with characters like Tiana, T’Challa, and Finn showing significant progress. Check out everything you need to know about The Princess and the Frog; a film that will forever be remembered for replacing Splash Mountain, as well as its historic diverse cast voiced by people of color.

What do you think of Song of the South? Let us know in the comments below.