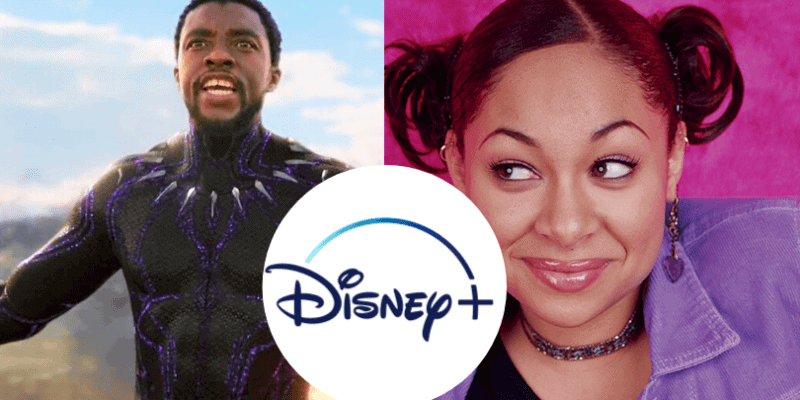 Disney has been characteristically quick to support the ongoing Black Lives Matter movement.

We’ve seen Lucasfilm release a statement in support of Star Wars actor John Boyega who took part in London based protests, as well as a wider statement from both Disney and Marvel. The Walt Disney Company has also pledged $5 million dollars to support various social justice campaigns.

Disney has now taken their support of the BLM movement to their streaming service by offering a collection of black character focused stories on Disney Plus.

Disney clearly sees the need for social change, and highlighting some of their most prolific black characters like Princess Tiana and T’Challa as well as classic tv series like That’s So Raven plays a small part in highlighting the African American community who have aided in the cinematic development of Marvel and Disney over the years.

It follows the respectful move from Marvel Studios to take the comics’ lead and pass the mantle of Captain America to a black man, something more impactful than ever in the current climate.

The Disney Plus collection also follows the impassioned debate around the future of Disney theme park attractions some now consider to be dated and racist, such as the Song of the South themed Splash Mountain.

The collection includes a number of highly popular Disney movies as well as Marvel movies, and classic Hollywood tales like Sister Act which was produced by Walt Disney Studios.

Though Disney has certainly played its part in portraying racist stereotypes in films like Dumbo, Peter Pan, and definitely Song of the South, former Disney CEO Bob Iger took the need for social change very seriously, and this movement has continued within the Walt Disney Company and is now stronger than ever.

Here is the full list of movies and tv shows in the ‘Celebrate Black Stories’ collection on Disney Plus;

We recently wrote an opinion piece suggesting that Disney needs to tackle systemic racism wholeheartedly, and while they’ve got a long way to go, this Disney Plus collection at least supports their earnest intentions.

Which black story will you be celebrating first with this Disney Plus collection? Let us know in the comments below.