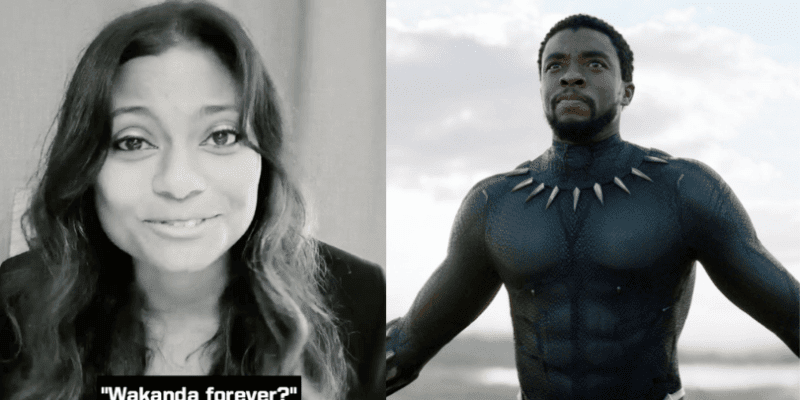 It’s hard to ignore the things that are happening in our country right now with it all over social media and the news.  There have been protests and people speaking out since news broke about the murder of George Floyd not just in the United States, but all over the world.  Many companies have since shown their support of the Black Lives Matter movement, including The Walt Disney Company.  The Disney Channel even released a 30-second commercial last week.

Many others with ties to Disney have since also found ways to speak out and show support.  An individual got Yoda involved with a statue outside Lucasfilm headquarters.  John Boyega from the Star Wars films protested in London and gained the support of fellow star Mark Hamill and director J.J. Abrams.  Moana star Dwayne Johnson also shared his thoughts on social media.

A Message From Our Colleagues

The Walt Disney Company released a video on the Disney YouTube channel and other Disney Instagram pages today (such as Marvel Studios and Disney+) in support of Black Lives Matter.  This video was created by Black colleagues within Disney shedding light on situations that they have faced throughout their lives.  These stories advocate for how we can be better as the human race to help change these issues that face the world.  The Black colleagues at Disney share their hope that they can one day have the same life experiences as everyone else.

The caption for the video reads:

“Several of our colleagues created this powerful and very personal video to share with their fellow employees, highlighting the need for greater understanding, unity and action to address racial inequality in our country. We believe Black lives matter and that this message is one that everyone should hear. That’s why we’re sharing it with you.”

The Walt Disney Company has always sent messages like this within their movies advocating for the love and kindness where Disney magic comes from.  Disney shares the sentiment that if you have a difference in faith, beliefs, or opinions, it doesn’t matter, and within this video (and within the messages in Disney films today) the company and its colleagues state that we don’t have to treat people differently for who they are.  Instead, Disney is advocating for its audience to have respect and empathy for where others are coming from, and seek to find ways to support each other.

The video ends with this statement: “Do you remember when we all together proclaimed, ‘Wakanda forever’?  This is what it looks like.”