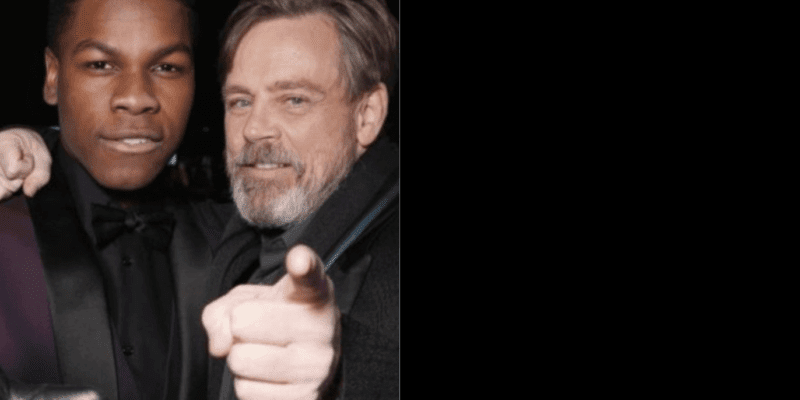 On June 3, Star Wars actor John Boyega (Finn) joined in the Black Lives Matter protest that took place in London’s Hyde Park. British-born Boyega delivered an impassioned speech to the protestors and was even willing to put his livelihood on the line.

At one point during his speech at the protest rally, Boyega said, “Look, I don’t know if I’m going to have a career after this..”

Hamill and Boyega worked together on the Star Wars sequel trilogy. Hamill primarily appeared in Episode VIII – The Last Jedi, but also had scenes in Episode VII – The Force Awakens and Episode IX – The Rise of Skywalker.

Who else has spoken out in support of John Boyega?

“You KNOW that as long as I’m allowed to keep working, I’ll always be begging to work with you. Deep respect and love, my friend.”

Abrams has also pledged to donate $10 million to charities that are working to fight racism.

What do you think about the Star Wars and Walt Disney family of companies standing behind John Boyega right now? Are you glad to see Mark Hamill support Boyega’s protest speech?