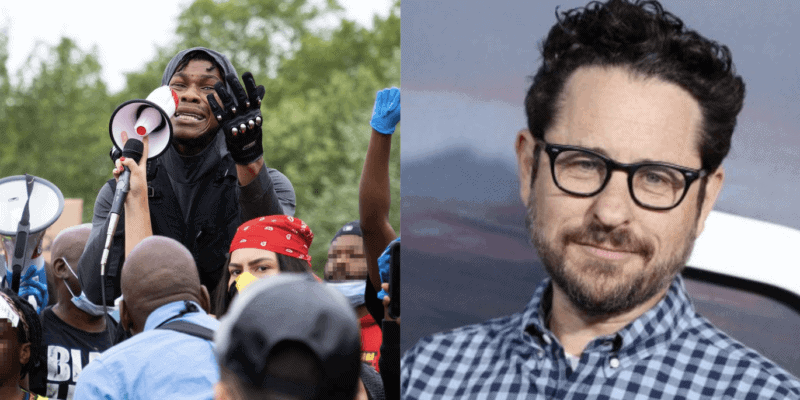 At one point, Boyega remarked, “I’m speaking to you from my heart. Look, I don’t know if I’m going to have a career after this…Today is about innocent people who were halfway through their process.”

The people Boyega referred to included George Floyd, Sandra Bland, and others who have been unjustly killed as the result of racism.

Now, both the Walt Disney Company/Lucasfilm and Star Wars producer J.J. Abrams have taken to social media to express their support for John Boyega.

You KNOW that as long as I’m allowed to keep working, I’ll always be begging to work with you. Deep respect and love, my friend. https://t.co/DcMEwEmzh9

Abrams wrote, “You KNOW that as long as I’m allowed to keep working, I’ll always be begging to work with you. Deep respect and love, my friend.”

Boyega and Abrams are neither one currently working on projects in the Star Wars franchise, but if you’re a Star Wars fan, don’t rule out a future Star Wars movie for either celebrity.

What is the Walt Disney Company doing to address racism?

In addition to issuing a social media statement across numerous platforms, Disney today held an internal meeting to discuss how racism is impacting all of their companies, specifically ESPN.

The meeting was said to include numerous Black ESPN reporters and former athletes, including current ABC host Michael Strahan.

The Walt Disney Company has consistently spoken out about inclusivity and equality, so we have no doubt that they will continue to make decisions that are in the best interests of all of their Disney Parks Cast Members and other staff members, regardless of race.

What do you think about J.J. Abrams’s response to John Boyega’s Black Live Matter speech? Tell us in the comments!