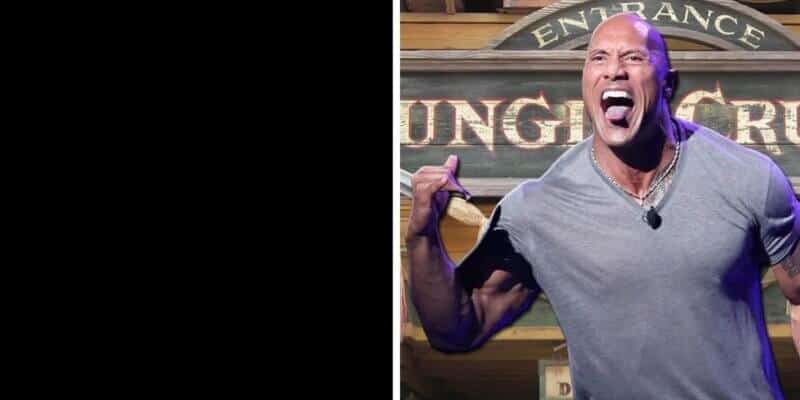 Protests have been held across the entire country in various cities surrounding the unfortunate event involving the death of George Floyd and now, the former WWE and movie star is speaking out. In his extremely passionate speech, Johnson is seen discussing the importance of the Black Lives Matter movement, his support, as well as criticizing how the US administration has been handling the protests.

Throughout the eight-minute speech, Dwayne Johnson is heard repeatedly stating the phrase “Where are you?”. This is in reference to President Donald Trump and how he has retreated to the White House bunker during the protests.

Johnson continued with “There is military force that has been deployed on our own people. Looters? Yes. Criminals? Absolutely. But on protesters, who are begging and pleading? On protesters who are in pain? You know you would be surprised how people in pain would respond when you say to them, ‘I care about you.’ When you say to them, ‘I’m listening to you.'”

He then added, “Of course, all lives matter, but in this moment right now, this defining, pivotal, explosive moment where our country is down on its knees…we must say the words: Black lives matter.”

Johnson also wanted to make a point by reiterating “We must become the leaders we are looking for. I’ll ask it one more time: Where are you? Where is that compassionate leader who steps up and takes accountability for his country and all the people in our country? Where are you? I’ll tell you what, we’re here. We’re all here. The process to change has already begun. You can feel it across our country. Change is happening. It’s going to take time. We’re going to get beat up. We’re going to take our lumps. There’s going to be blood, but the process of change has already begun.”

You can watch Johnson’s full eight-minute speech below.

Our country is crippled and on its knees, begging to be heard and pleading for change. Where is our compassionate leader? The leader who unifies and inspires our country at our most painful time when we need it the most. The leader who steps up and takes full accountability for our country and embraces every color in it. The leader who picks our country up off its knees and says you have my word – we got this – and together, change will happen. Where are you? Because we’re all here. Maybe one day that galvanizing leader will emerge. Either way, the process to change has already begun. #normalizeequality #blacklivesmatter

Dwayne Johnson isn’t the only one delivering empowering and passionate speeches during the movement.

Star Wars actor John Boyega recently spread awareness as he joined the Black Lives Matter protests taking place in London. Along with Boyega, Star Wars director, JJ Abrams, and his wife, Katie McGrath, along with the entire Bad Robot Productions team has decided to donate $10 million to a variety of charities to help fight against racism and the black lives matter movement.

What do you think of Dwayne Johnson’s speech? Let us know in the comments.