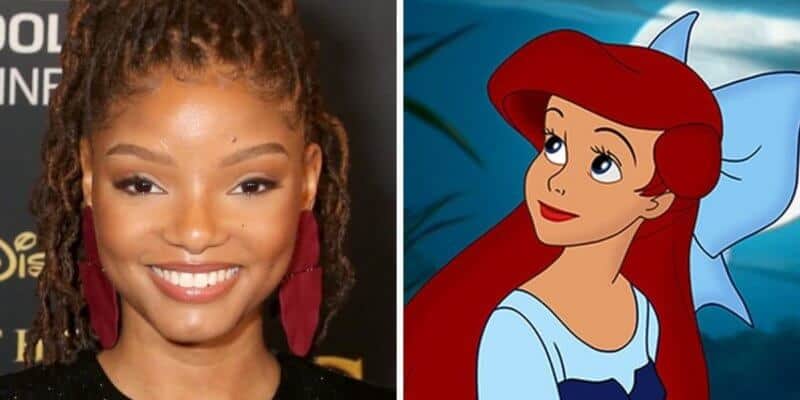 Last summer, Disney announced that they had finally found who would play the iconic mermaid, Ariel, for the upcoming live action remake The Little Mermaid. The Disney Princess and mermaid, Ariel, will be played by actress Halle Bailey, who is known for her work in ABC’s Grown-ish and as one half of the popular R&B singing duo Chloe and Halle.

But it wasn’t long before the Internet spoke out about the decision on Bailey’s casting — While many fans were extremely supportive, others immediately took to Twitter and other social media platforms to express their frustrations about the casting of the Disney Princess and character. The hashtag #NotMyAriel immediately began to trend.

The Walt Disney Company, Jodi Benson (the original voice for Ariel in the 1989 animated classic), Lin-Manuel Miranda, one of the producers and composers for the upcoming live action remake, and others spoke out defending Disney’s decision and Bailey’s casting of the character.

And now, the one and only, Ms. Halle Bailey, is speaking out against the online backlash she has received for being cast as the star in The Little Mermaid.

The Grownish actress recently spoke with Teen Vogue about The Little Mermaid backlash, explaining that though she has heard some of the criticisms online, she won’t be letting the hate get her down. Bailey went on to explain how she knows there is so much support out there in the world and because of that, it helps to push away the hate and negativity.

“We’ve always learned to just keep our heads up no matter the situation,” Bailey told Teen Vogue. “No matter what anybody has to say about you…just keep pushing.”

When the casting first came out, Bailey was extremely excited that Disney had cast her for this iconic role. She told Variety “I feel like I’m dreaming, and I’m just grateful. And I don’t pay attention to the negativity. I just feel like this role is something bigger than me, and greater, and it’s going to be beautiful. I’m just so excited to be a part of it.”

In March 2020, Disney made the difficult decision to suspend the production of multiple films, including the live action The Little Mermaid due to the current global pandemic. Halle Bailey also recently spoke out about the film production for the upcoming Disney film, which you can read more about here.

Are you happy with Disney’s decision to cast Halle Bailey as Ariel in the upcoming live action film The Little Mermaid? Let us know in the comments.