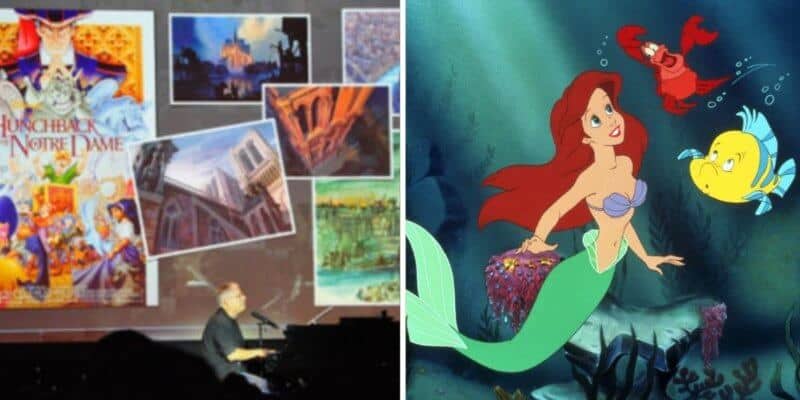 Alan Menken spent much of his time on the livestream talking about Disney-related projects, including his score for the live action Little Mermaid movie. He stated, “Production stopped on The Little Mermaid movie. We recorded all the songs and I did four new songs with Lin-Manuel Miranda.” Rumor has it that one of the new musical numbers is a Prince Eric (Jacob Tremblay) solo. 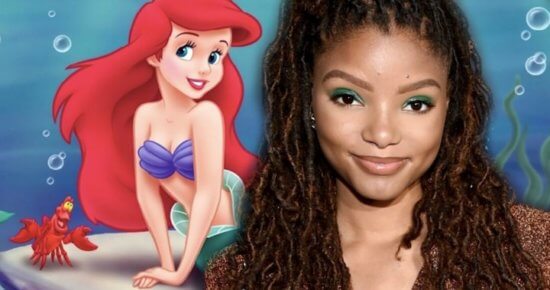 Halle Bailey, who will be portraying Ariel in The Little Mermaid remake, has confirmed that famous numbers like “Under the Sea” and “Part of Your World” will be in the live-action movie. This is exciting news for classic Disney animation fans, especially those who were disappointed by the removal of songs from the live-action Mulan, which has been pushed back from it’s original March 27 release date.

Menken also shared that he will be composing the musical score to Disney’s upcoming Disenchanted, the much-anticipated Enchanted sequel. Since production has been halted on all Disney films for the moment, we have no official word on when we’ll see Andalasia again.

For fans of live action stage shows, Menken mentioned that there are plans to bring back the same Hercules production that “we did in Central Park last summer.” Although he didn’t go into detail about the upcoming show, this is the first confirmation that the popular performance will be revived.

To end his segment (around the 1 hour mark in the video), Menken performed an incredible medley of iconic Disney songs he’s written. He began with The Little Mermaid’s “Under the Sea,” then performed the title track from Beauty and the Beast. Menken concluded with Aladdin’s “A Whole New World” and “Go the Distance” from the animated Hercules film.

What upcoming Alan Menken Disney project are you most looking forward to? Tell us what you can’t wait to see when Walt Disney Studios film production resumes!